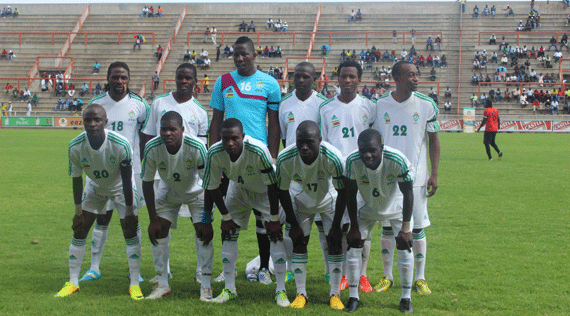 The squad will, however, be trimmed down to the final 23 which will then be sent to the Confederation of African Football (Caf) before the biennial continental soccer showcase bursts into life.

The Chan tournament is exclusively for locally-based players and Gorowa, aware of the possibility of losing some of the players to foreign clubs in the January transfer window, has been forced to pick an enlarged squad.

It is highly likely that Gorowa could lose some of his players who starred in the Chan qualifiers after having already lost reigning Premier Soccer League top goalscorer Tendai Ndoro who has joined South Africa side Mpumalanga Black Aces.

He could also be without Hwange defender Eric Chipeta and Highlanders shotstopper Munyaradzi Diya who are reportedly wanted by Golden Arrows in SA.

Chicken Inn forward Kudakwashe Mahachi is also being courted by Mamelodi Sundowns who have already assessed him and are believed to have been convinced he can add value to the Brazilians’ cause. Harare City’s Silas Songani has also been on trials in South Africa with Maritzburg United.

According to the squad released by team manager Shariff Mussa yesterday, the Warriors coach has included four goalkeepers in his squad with Dynamos’ George Chigova, Diya, Caps United’s Tafadzwa Dube and Harare City’s Maxwell Nyamupanedengu all making the cut.

The majority of the players in the squad were also part of the squad that played in an international friendly match against Mozambique which Zimbabwe won at Barbourfields Stadium in Bulawayo.

However, there was no place for rising Zimbabwean teenager Walter Musona of Black Aces Youth Academy whom many thought would be given a chance following his impressive performance for relegated Motor Action where he had been on loan.

“The players called up are expected to go into camp tomorrow night (today) to start preparations for the Chan tournament. Training will start tomorrow and the squad will be trimmed to the final 23 which will then be sent to the Confederation of African Football (Caf),” Mussa said.

Zimbabwe is making a third successive appearance at the continental soccer showpiece having taken part in Ivory Coast at its inauguration under Sunday Chidzambwa before making it to Sudan two years later with Madinda Ndlovu in charge.