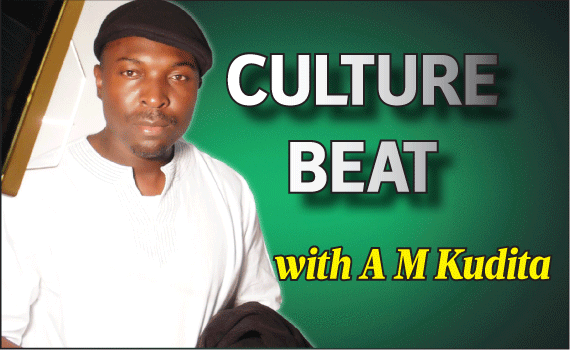 IT was intriguing how urban groovers Stunner and Ex Q, among others, strutted from their vehicles into the College of Music venue of the Zimura’s elective annual general meeting

IT was intriguing to see how urban groovers Stunner and Ex Q, among others, strutted from their vehicles with confidence brimming at the top, into the College of Music venue of the Zimbabwe Music Rights Association (Zimura)’s elective annual general meeting on December 3 at the College of Music in Harare early last week.

But the joint had notaries such as Leonard Zhakata and Amai Charamba walking into it without drama.

The transparent ballot was supervised by rising entertainment lawyer Witness Zhangazha who won a pitted battle with ZBC over royalties in the Supreme Court, and attended by members of the police force.

The company that enjoyed the broadcasting monopoly in the past has been paying Zimura their dues via a payment deal brokered under the guidance of the Attorney-General Johannes Tomana. To date they have paid $174 000 according to the chairman’s report at the elections.

“Money has been coming in dribs and drabs,” Nyathi said about the $700 000 the troubled ZBC initially owed songwriters.

“Though they are paying, the relationship is not yet normalised the same with Star FM and ZiFM. We had to issue summons in their case. All this happened in the course of last month. Just last week ZiFM started to pay.”

A hotly discussed issue at the meeting attended by over two hundred songwriters out of the organisation’s 2 519 members countrywide, was the one over the allocation of royalties.

Presently members are allocated royalties based on the log sheets supplied by the formerly sole broadcaster ZBC.

Members have raised the ire over the royalties they get in the annual disbursement which does not in many cases signify the correct number of times their music is played on radio.

The trend has been, and unsurprisingly so, that ZBC staffers would not log the music they use in their programmes.

What incentive would they have to play and log the music anyway if not a “brown envelope” according to murmuring on the streets? The issue of royalties is a hot one in an age in which artistes have lost the piracy war.

Technological innovations such as WhatsApp, flash disks and social media for instance, are a curse and a blessing depending on how one looks at it and these have engulfed the industry.

People share music files willy-nilly and that without paying.

The practice is prejudicial to artists who own the intellectual property.

A non-profit making registered company, Zimura was established in 1982 under the stewardship of Jill Atkinson. The out-going board’s stated achievements are the purchase of a flat for $28 000 (with a current market value of $50 000), expanding membership figures from 799 to 2 519 during its tenure, Cell Funeral assurance membership and winning the Supreme Court case against ZBC over royalties as its major achievements.

The case against ZBC was brilliantly executed by Zimura’s legal adviser Witness Zhangazha. It is pivotal in that it has established a legal precedent. Zimura has a whip in its hands now.

The other radio stations Star FM and ZiFM have come to the party and inked agreements with the songwriters’ body. The main fault of the outgoing board, however, has to be its perceived lethargy in purchasing technology which allows Zimura to keep track of its members as it is broadcast by the radio and television stations as far as I am concerned.

Why has Zimura not made it a priority ahead of any disbursement being made to the membership or other expenditures?

The new board is made up of over thirty something. I imagined that when I saw the list of 21 nominees which included urban groover Lungisani Makhalima, aka Sani, that the youngsters would surely be represented in the board.

But that was before I heard Enock Munhenga, aka (Ex Q)’s name being called as a nominee! Thus the youth vote was divided with the two polling nine and 10 votes respectively.

The intriguing part is that some old geezer Manyonganise (I mean, who knows him?) made it to the new board after polling 12 votes! My take on the whole shindig is that ego rather than strategy reigns in the urban grooves universe.