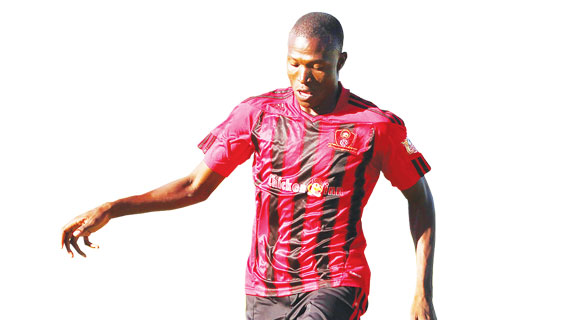 Ndoro signed a one-year contract with AmaZayoni in mid-season, but could not join the new club at the time owing to incomplete paperwork.

He is due to be registered with the club next month when the January transfer window period opens.

After the lanky Warriors forward’s dream of joining the South African side crumbled in mid-season, he returned to play for his old club Chicken Inn on loan and he took his season’s tally to 18 goals. He is due to grab the Castle Lager PSL Golden Boot award on December 13 at the soccer stars crowning ceremony in Harare.

His new club praised him for his goalscoring prowess on their Facebook page.

“Congratulations to our ace striker Tendai Ndoro, who has just finished his loan spell at Zimbabwe Premier League outfit Chicken Inn, for topping the Castle Premiership goalscoring charts after banging in 18 league goals in the season which ended last week.

“Ndoro, who was also selected among the 11 soccer stars of the year in Zimbabwe, is on his way to South Africa to rejoin his AmaZayoni teammates and will be here pretty soon. Kudos to Ndoro — Well done!” the statement reads.

Ndoro — who has also played in Botswana — left the country last week after playing his last game for Chicken Inn against Triangle.

He is also tipped to be crowned the soccer star of the year on December 13 after he garnered the highest number votes (47) to be in the 11 finalists in the selection that was conducted on November 23.

Dynamos’ Tawanda Muparati with 46 and Silas Songani of Harare City who got 45 votes, closely trailed him. Ndoro will join fellow Zimbabweans Method Mwanjali and goalkeeper Energy Murambadoro at Mpumalanga.