Disability does not mean inability 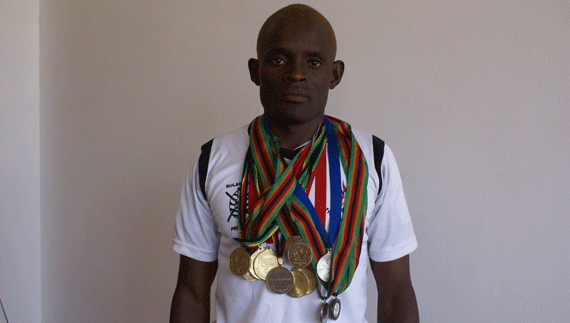 PEOPLE living with disabilities have often been discriminated against with society looking down upon them, identifying them by their abnormalities.

PEOPLE living with disabilities have often been discriminated against with society looking down upon them, identifying them by their abnormalities. RONALD MOYO SPORTS REPORTER

However, they can be as good as able-bodied individuals in society and sometimes even better.

Southern Eye caught up with an athlete living with a disability, but has played down his misfortune, nurtured his talent and written a better profile for himself through sport.

Graig Shumba is a 31-year-old Paralympic athlete who has made a rich social life out of athletics.

Although living with a disability is usually a disturbing factor in one’s social life, Shumba’s talent rose above his disability as he has obtained 14 gold and one bronze medal in his career.

Besides enjoying the sport, Shumba finds comfort in athletics as he keeps himself occupied giving himself much room to escape the psychological trauma that has haunted him from birth.

He was born deaf and lost his parents at a tender age.

His athletics history can be traced as far as in 1996 when he was a Form Three pupil at Founders High school where he was a short-distance runner representing his school.

Shumba obtained his first medals in 1997 when he was in Form Two, in the Special Olympics held in Harare at The University of Zimbabwe where he won one bronze and two gold in the 400, 200 and 100m races.

He said he enjoys being a sportperson as it has helped him build a better profile for himself and people now identify him with his talent and not his disability.