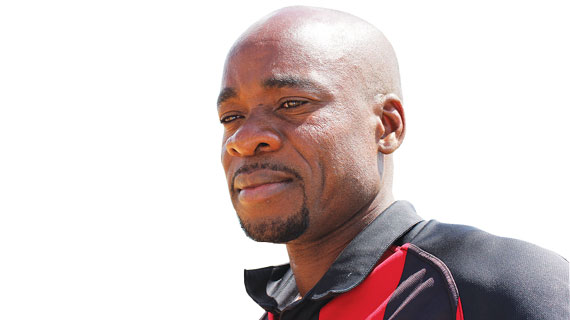 HIGHLANDERS coach Kelvin Kaindu left for the United Kingdom yesterday from Zambia to attend a Uefa B licence coaching course.

HIGHLANDERS coach Kelvin Kaindu left for the United Kingdom yesterday from Zambia to attend a Uefa B licence coaching course.

The Bosso gaffer vanished into the dressing room soon after the 0-1 loss to Dynamos at Barbourfields Stadium on Sunday after a post-match interview with SuperSport and was believed to be on his way home.

“Kaindu left the country for Zambia soon after the Highlanders and Dynamos match,” the source said.

“He got his visa this afternoon (yesterday) and he will go through South Africa. He is expected to be back in time for the next Bosso match against Motor Action. The course is for five days.”

Meanwhile, most fans were left asking if Highlanders would ever beat Dynamos in a league match again.

With the match seemingly ending as a goalless draw, disaster struck for Bosso as midfielder Mthulisi Maphosa hacked down Ocean Mushure inside the box with four minutes to go before the end of the game.

Referee Thabani Bhamala pointed to the spot, a situation which saw Dynamos get the much-needed three points as Mushure converted the spot-kick — a result which seems to have put DeMbare’s title defence aspirations back on track.

Bosso, who have been on fire of late in the PSL and also reaching the Mbada Diamonds Cup semi-final stage for the first time since the tournament was launched in 2011, failed to find the winning formula against Dynamos.

Highlanders last won the championship in 2006 in a year which marked their last PSL victories over Dynamos.

In 2011, Bosso under Mkhuphali Masuku, beat Dynamos to lift the Independence Trophy.

After Sunday’s match Highlanders assistant coach Bekithemba Ndlovu said they would beat Dynamos one day by the grace of God.

“The game was OK. We played well. We missed a lot of chances. They never created. They did not have a corner and we had lots of corners,” he said.

“They got a penalty. I guess sometimes we have to learn the hard way.

“We did everything right except to score. Everyone was committed except the fact that we were missing chances.

“To me the penalty was not clear. At the end of the day it is the referee’s decision.

“The loss does not affect the championship campaign. It’s our job to go all out and get good results. The referees tried their best. It was a big game. Some call it the battle of Zimbabwe.

But they did their best. By the grace of God one day we will beat Dynamos.”

Bosso were also expected to rise to the occasion by winning at their own backyard — a result which could have seen them open a five-point gap.

Dynamos again proved that they can win when it matters most and also made sure that they did it at a very crucial stage in their title defence.