Pressure builds on Zimsec over exam 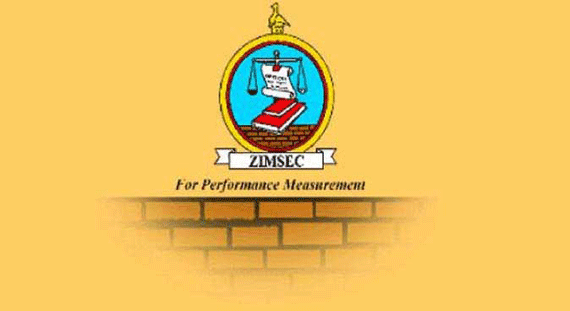 SOME parents have demanded that the Zimbabwe School Examinations Council (Zimsec) should reset the controversial Ndebele Grade 7 Paper 1 examination.

SOME parents have demanded that the Zimbabwe School Examinations Council (Zimsec) should reset the controversial Ndebele Grade 7 Paper 1 examination written a fortnight ago.

The exam contained words that most pupils are not exposed to both at home and school, leading to teachers and some veteran educationists from Matabeleland region questioning the quality and the standard of the paper.

Some parents who spoke to Southern Eye yesterday said the paper should be reset and re-written soon, arguing that the language used does not reflect the Ndebele culture.

“That anomaly should be rectified as soon as possible. We want the ministry concerned to reset the paper and the paper to be rewritten in the Ndebele context not what transpired,” Mqondisi Moyo said.

“We also want an apology from Zimsec because the paper was an insult to the Matabeleland region. We want people who are conversant with Ndebele issues to communicate on what transpired in that Grade 7 Ndebele paper.

“We also want that committee which set the paper to come out in the open and explain what their aim was.”

Another parent who identified himself as Mthulisi Sibanda from Plumtree, said the language used in the Ndebele paper was obscene.

“The language used is not common to Ndebele-speaking people. That paper should be rewritten,” he said.

“The words used in that paper like umsuzo (fart), umangumba and isifebe (prostitute) are not common everyday Ndebele words and we don’t expect our children to be using such words in their conversations.

“Because of that I feel the paper should be rewritten,” Fortune Moyo of Pumula said.

Dalubuhle Mathuthu of Luveve said since language defines and shapes an individual, the words contained in the Ndebele exam encouraged bad behaviour in pupils.

He said Zimsec should just apologise for hiring incompetent examiners and invite Ndebele language experts to help them reset the paper so that pupils learn the correct language.

“The context of that language is not widespread,” he said.

“In other words the paper was out of context and there is no professionalism in that. Slang should not be celebrated. The words like mangumba and umsuzo are not common and the slang is a foreign language and not Ndebele.”

“As PTUZ we feel the paper should be reset and rewritten. I spoke to some Ndebele teachers and they told me that the language was inappropriate,” Majongwe said.

“It was a sort of misleading paper because pupils who wrote it don’t speak that language.

“As far as we are concerned, there is an outcry concerning that paper and we cannot condone such behaviour. The pupils were confused and as PTUZ we demand that the paper be reset and rewritten and speakers of the language should be the ones setting the exam.”