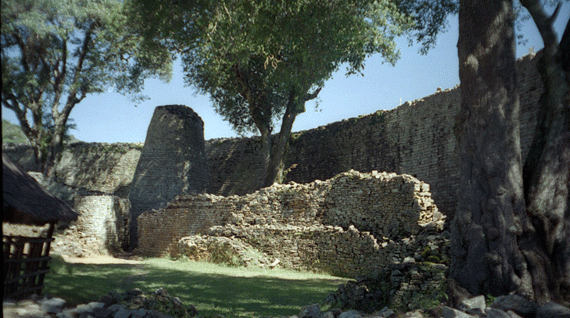 FORMER Zanu PF provincial secretary for information retired major Savious Kudzai Mbudzi has won a six-year legal battle over his $6 million housing project after an appeal to the Supreme Court to have an agreement of sale between the Masvingo City Council and the Infrastructural Development Bank of Zimbabwe (IDBZ) cancelled was granted on Friday.

Deputy Chief Justice Luke Malaba and other Supreme Court judges, justices Anne-Mary Gowora and Ben Hlatshwayo, upheld Mbudzi’s appeal and nullified the cancellation of an agreement of sale for the 500 stands.

The matter was initially heard in the High Court where Justice Francis Bere nullified the agreement of sale between Mbudzi and Masvingo council in 2012.

But Mbudzi, who was represented by advocate Eric Matinenga, had the last laugh after the Supreme Court ruled in his favour.

Council, the first respondent, and IDBZ the second respondent, were represented by advocate Thabani Mpofu.

The Supreme Court judgment reads: “The agreement of sale entered into between the appellant (Mbudzi) and the first respondent for the sale of 500 stands in Runyararo South West residential area in Masvingo on December 20 2005 be and is hereby declared valid and the purported cancellation thereof is declared null and void.

“The subsequent agreement of sale between first and second respondent in respect of the same stands referred to is hereby set aside.”

Mbudzi, whose Treasure Consultants company was placed under curatorship, had his agreement of sale cancelled in 2008 for allegedly defaulting on the development period.

He then approached the Supreme Court to force council to connect sewer and water systems at the site at Mucheke high-density suburb.

He argued that council did not pay him half of the $2,2 million which he paid in 2005 and neither did he get the development fees for the housing project as he had constructed 135 five-roomed houses before the cancellation of the agreement of sale with the local authority.

Mbudzi said circumstances had changed as his company was placed under reconstruction during the era of hyperinflation where virtually everything went down, although he later completed servicing of the stands after the introduction of the multiple-currency regime.

Problems started when Mbudzi — who had secured a loan from IDBZ — had a dispute with the institution, which went on to place the project under curatorship.

Under the scheme of reconstruction by Gwaradzimba, they agreed the bank would buy Mbudzi out at the then current market rates, but the bank failed to raise the Z$250 billion in 2007.

Another attempt to sell the project by public auction was unsuccessful after the two bidders failed to raise the purchase price, where the administrator tasked Mbudzi to complete the development of the project by having sewer and water reticulation.

It was during this time that council entered into an agreement of sale with IDBZ.

Mbudzi told Southern Eye after the ruling that the project was set to resume soon.

“Within 21 days, Gwaradzimba will call in all beneficiaries and have a formula to complete the project,” he said.

“He will also engage council so that they give guidance on all the work done and ultimately connect water and sewer within the possible shortest time.

“All the beneficiaries should be on their stands and start construction by end of December.

He said beneficiaries would elect to buy a completed house or a fully serviced stand and build houses on their own.