Be a legend, leave a legacy 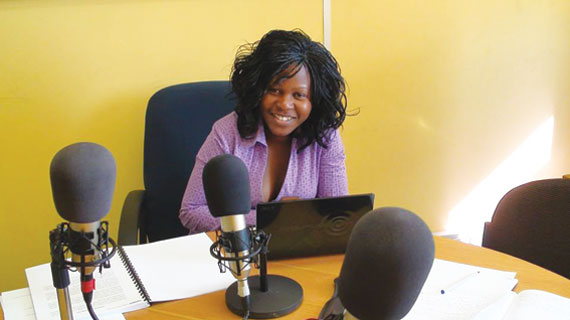 SHANNON Alder advises: “Carve your name out on hearts, not on tombstones. A legacy is etched into the minds of others and the stories they share about you.”

AS SHANNON Alder advises: “Carve your name out on hearts, not on tombstones. A legacy is etched into the minds of others and the stories they share about you.”

Everyone must leave something behind when he or she dies, I believe.

The size and impact of the asset left behind obviously differs from one person to the other. It could be a child, a book, a painting, a house, a garden planted or a pair of shoes made.

It definitely should be something that you produced or your hand touched such that when people look at the work of your expertise a feeling of your presence is evoked.

It doesn’t matter what you do so long as you change something from the way it was before you touched it into something that’s like you after you take your hands away.

Remember, the difference between the man who just cuts lawns and a real gardener is in the touch.

The lawn-cutter might just as well not have been there at all, but the gardener will be there a lifetime.

It stands true that inside of all of us there is the need and the desire to be heard, to have our innermost thoughts, feelings and desires expressed for others to hear, to see as well as to understand our environment.

We all want to matter to someone, to leave a mark.

Does it sound unrealistic? I hope it doesn’t. As the late Steve Jobs put it: “the ones who are crazy enough to think that they can change the world are the ones who do”.

At this juncture, let me hasten to say that this message is not only targeted at young people, I strongly feel that even the older generation, most of which has given up on success, should receive this message today and put it into practice. Don’t just live, be a legend!

Use your time wisely

Our days on earth are numbered hence one of the primary goals in our lives should be to prepare for the legacy we leave behind which is not just in our possessions, but in the quality of our lives.

What preparations should you be making now? The greatest waste in all of our earth which cannot be recycled or reclaimed, is our waste of the 24 hours that God gives us each day.

Remember, mankind has no control over time; in fact, time has the power to control the human being. Although time cannot be controlled, it can be managed. Unfortunately, once time is lost it can never be recovered.

Why not manage your time effectively in your own time cage?

Go against all odds

Legends are admired by so many and remembered for a long time after they are no more.

So if you want to be a legend you need to go against all odds, travel the road not less travelled, but never before travelled. You need to do the things that everyone believes to be impossible.

We should note that becoming a legend goes far beyond being successful, wealthy and any other one achievement.

It means you have done something with your life that has changed the world, inspired many around you and achieved the so-called impossible.

You need to work harder than you ever imagined you could and follow the dream so many may have attempted before you but failed.

You need to change the world, the way people do things and the way people think. I must say that being a legend is achievable although it is the hardest thing to achieve.

Parents, impart a legacy to your children

One of American inspirational writers, H Jackson Brown (Jr), advises parents as follows: “Live so that when your children think of fairness and integrity, they think of you.”

This week I want to specifically challenge parents to play a leading role in grooming their children into achievers.

To parents who think that their time to shine is over and that their dreams can no longer be accomplished, could you please make an effort to display to your children that you are a legend in your own right?

Parents, impart a legacy to your children by providing them with life coaching, mentoring them through your life as an example of how to live a legendary life and by counselling and motivating them.

That way, you leave behind your own legacy as a parent as much as you assist them to become legends in their own way.