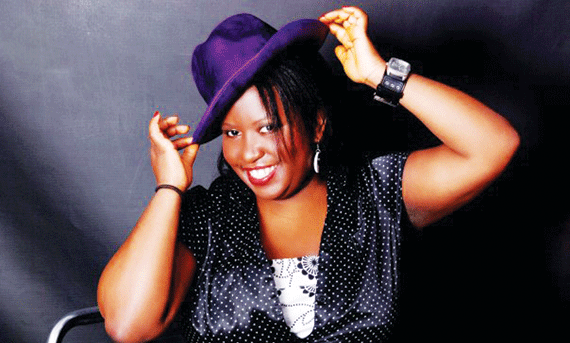 BULAWAYO’S upcoming musicians and dancers have been given a once-in-a-life-time opportunity to break into the industry as a local television show Ghetto Fabulaz brings its auditions to the City of Kings.

The auditions will be held at Horizon Bar and Restaurant from 9 am until late in the afternoon on Saturday.

Zandile Ndlovu (pictured), the TV show’s co-presenter and executive producer, told Southern Eye Lifestyle yesterday organisers would be taking the show to every part of the country.

“This weekend we will be in the City of Kings in search of hidden talent,” Ndlovu, affectionately known by her legion of radio fans as DJ Zaza, said.

Zaza co-hosts the show to be beamed on ZBC/TV, with singer and poet Peace Ndlovu, aka BaShupi.

Musa is a radio Dj with ZIFM Stereo and a jazz artiste who has worked with the late Mateo Kaunda and Willom Tight on projects such as Impressions of Africa and Asambe Africa.

“We are looking for the best voice and the best dance crew in Zimbabwe. All those at age of 14 and above are invited to showcase their talents.

“If you think you have what it takes, you have a great, super, golden voice, cool dance moves as a group, then Ghetto Fabulaz auditions is the place to be,” Zaza added.

Ghetto Fabulaz auditions have already been staged in Harare.

National winners of the show will walk away with a recording contract in South Africa worth $50 000 while the best dance crew will go on a tour around many countries.

She hosts a show on ZIFM Stereo known as The Handbook while her co-host BaShupi is a musician and poet.