Mpofu’s worker up for son’s murder 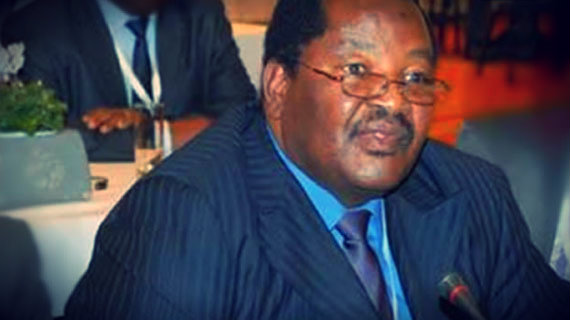 AN employee at the Umguza home of Transport minister Obert Mpofu was on Tuesday locked up in remanded prison for allegedly killing his own son during a domestic dispute.

AN employee at the Umguza home of Transport minister Obert Mpofu was on Tuesday locked up in remanded prison for allegedly killing his own son during a domestic dispute. SILAS NKALA STAFF REPORTER

Prince Sibanda (23) of Stand Number 29 Village 4 in Nyamandlovu was not asked to plead to a murder charge when he appeared before Bulawayo magistrate Takundwa Witness Mtetwa on Tuesday.

He was remanded in custody to October 22.

The court heard that on September 30 at 6pm, Sibanda had a domestic dispute with his wife Sikhangele Nyoni in the presence of their now deceased child Promise Junior at their residence.

It is the State’s case that Sibanda assaulted his wife with a 1,6-metre long hosepipe.

Sibanda is alleged to have struck his wife twice with the hose and then struck his son on the head once when he tried to hit his wife a third time.

The young boy fell from the bed where he was and Sibanda’s wife then went to fetch water from a borehole leaving him consoling his crying son.

Moyo drove Sibanda’s son to Nyamandlovu Hospital, but the young boy died on the way.

The body was taken to Mpilo Hospital for a post mortem which revealed the boy died due to assault.