Is there any hope of life under Zanu PF? 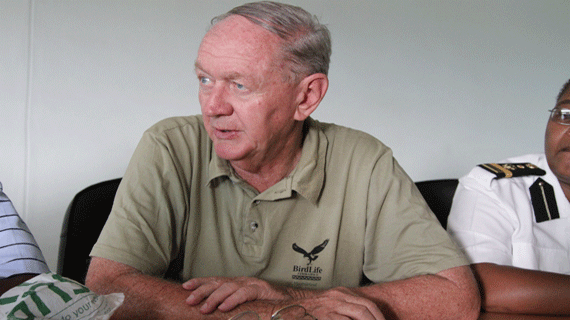 I came home this weekend to find our suburb in darkness.

I came home this weekend to find our suburb in darkness. At about 8pm, the lights came back on and when I got up just after five this morning they were still on, but went out at 7am and we are not expecting the lights to be back until midday.

After four years of intense struggle to get the power situation normalised, the MDC-T minister Elton Mangoma, was able to get power supplies back onto some semblance of normalcy. This has not remained the case in the few weeks since he is a chartered accountant and runs a large business of his own. He is also a tough character and very determined.

He achieved a great deal in the three short years he was in the ministry seat – sorting out the national liquid fuels situation after more than a decade of shortages and queues.

He stopped the rampant corruption in the State fuel agencies and was able to start the long process of getting the power sector sorted out.

The major power plants were all repaired and stabilised, unpaid debts with regional power utilities were sorted out and two major contracts issued to bring major new power generation capacity into production.

Prepaid meters were rolled out and in the last few months of his tenure, power supplies were actually quite normal.

Anyone who knows anything about governments and sensitive areas such as energy will recognise the above as an astonishing achievement – without a cent of international assistance.

It was not without resistance. He was jailed twice on spurious charges after he moved to stop high level corruption that had seen the former running elite siphon off about $150 million a year from the State agencies trading in fuel.

When he stepped down fuel was in free supply at prices below the rest of the region and electricity supplies were almost back to normal.

The new minister will find this a hard act to follow — the new government has undermined the fragile financial stability of the electricity sector by abolishing the outstanding debts owed to the utility and passing a credit to all who are paid up to date.

At a stroke this wiped out hundreds of millions of dollars of debt assets and has seen revenues plunging.

Regional suppliers who were happy to step in with support when we were short, now ask if we are able to pay our bills?

Talk of resurrecting the Zimbabwe dollar and with it associated ills of exchange control and import controls, have seen all suppliers withhold deliveries in case they are caught with hundreds of millions of dollars of debt inside Zimbabwe that simply cannot be serviced.

Suddenly shortages have resurfaced – there are long power outages and fuel stations are running out of fuel.

When Tendai Biti was appointed Finance minister in 2009, he walked into a ministry with no resources at all.

Total tax receipts were about $25 million a month and civil servants were getting $5 a month in the local currency.

This was 10 times what was available to the State at the start of the Government of National Unity.

But just as significantly, he rebuilt the team at the ministry, got the systems working again and began the long process of re-engagement with the multilaterals and restoring confidence in the ministry and the government.

By 2013, these goals were largely achieved – in the process 70% of all new legislation adopted by the State since 2008 was generated and negotiated through the system by Biti.

All State hospitals were hardly functioning. This quiet, unassuming doctor from Kwekwe had an immediate impact – in the following year cholera deaths fell to zero, all other indictors slowly began to improve.

The minister rarely made a speech, but worked solidly with his team in the ministry on resolving the many challenges he faced. New boards were appointed to all State hospitals and corrupt and negligent staff dismissed.

Now we face another five years under Zanu PF leadership, is there any hope for any of us?

The reality is that the Zanu PF team is unchanged from the team that virtually destroyed the economy from 1997 to 2008.

This is the same old tired and corrupt gang that we have had to contend with for 33 years. With one big difference, they now have to perform, they have to deliver or they will run the risk of losing power and control in the next elections.

We are still in a transition and the next five years will see continued pressure for change and reform.

Should they fail to deliver what they have promised, the consequences for them are dire and they know that.

In fact, it is my information that much of the new economic blueprint that is being touted around by the President’s Office right now, is based on the MDC manifesto.

This poses a different sort of challenge to the MDC leadership – the challenge to compete with Zanu PF in the development and change field – in Parliament, in the cities and in the rural areas. Are we up to this challenge?