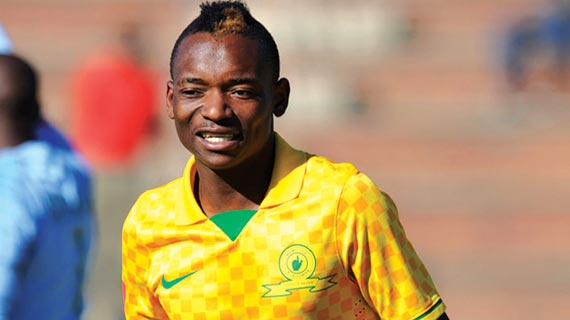 Mamelodi Sundowns have title credentials and forward Khama Billiat could be player of the season, the Brazilians coach Pitso Mosimane said.

A NEW-LOOK Mamelodi Sundowns have title credentials and forward Khama Billiat could be player of the season, the Brazilians coach Pitso Mosimane said after his side’s 2-1 Absa Premier Soccer League (PSL) victory over Wits at Loftus on Saturday night.

Downs are still unbeaten after a third victory of the season against Gavin Hunt’s fellow pretenders to the PSL crown.

Billiat continued his superb form, with his corner leading to Alje Schut’s headed opener in the 14th minute, and scoring a winner in the 58th. Getaneh Kebede had equalised for Wits in the 21st.

Sundowns signed 15 players in the off-season, many of them young, which was questioned as being too many for an already bloated squad.

But Mosimane has maintained that an injection of new blood is needed at the Brazilians, who have not won a trophy in six seasons.

“Khama is young, Sibusiso Khumalo is 20, Bongani Zungu is 20. It’s fresh legs – you need to regenerate the team. Sundowns need this,” Mosimane said.

The coach said so far there has not been too much unhappiness from a sidelined senior generation of players.

“As a coach, you have to take a decision,” he said. “If you need a reaction you have to make a change. And when you do that, the big names can fall out. It’s not easy – they’re grumpy, whatever. But that’s normal, that’s life.

“They understand. Sometimes, Hlompo Kekana won’t play, Teko Modise won’t play and the younger ones will. But they have good support – Teko and Surprise Moriri coaching on the bench. That’s where you want to be.”

Billiat was a skilful handful in Downs’ 2-2 draw away to Ajax Cape Town on Tuesday last week.

“If he goes on like this, he should be player of the year,” Mosimane said.

“He carries Sundowns. Look at the chances he creates for us – he scored today, hit the post twice on Tuesday, against Arrows was man-of-the-match.

“I think we need to get something out of this boy and help him to be where he wants to. And he’s happy. You could see it against Ajax. I was thinking maybe he wouldn’t want to play well against his old team, but he did. This boy has got something special.”

“We’re obviously not happy with the result, but I thought it was a good performance,” Hunt said.