Journey of thousand miles begins with a step 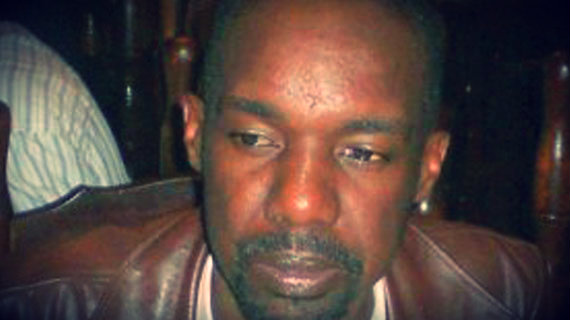 WHEN I was offered to write a column for this paper, I was not hard up to think of a title. The Last Straw seemed appropriate and it still is today, and unwittingly so.

WHEN I was offered to write a column for this paper, I was not hard up to think of a title. The Last Straw seemed appropriate and it still is today, and unwittingly so.

The Last Straw with Lenox Mhlanga

To my detractors — and there are busloads of them — it smacks of regime change mentality. Since I tend to wear my political sentiments on my sleeve, so to speak, it shouldn’t surprise anyone which political direction I tend to drift towards.

I am turning half a century in age, which might suggest that I am old fashioned, but believe me I am forward looking. At university we used to chant the slogan: “Forward ever, backward never!”

We were your textbook revolutionaries, heavily schooled in Che Guevara, Patrice Lumumba and Thomas Sankara, certainly not Mao. It did not take long for us to realise that the revolution, had indeed lost its way.

The student demos of the mid ’80s were against corruption and conspicuous consumption. We felt we had a duty to speak for our parents in Tsholotsho, Muzarabani, Gokwe, Matshetsheni, Dema, Gutu, Marange and many other places. Parents who had sold bags of maize, groundnuts and cotton to send us to university. We had to speak out for they could not see the avarice that was unfolding in the city.

The people they had elected were doing them a great disservice, abusing the taxes by lining their pockets and those of their cronies. We were fed up by what we saw. Mansions were springing up in the elite suburbs just a stone’s throw away from campus and shiny Mercedes-Benzes zipped past us while we walked to and from college in the blistering sun.

And yet throughout the countryside our parents and relatives wallowed in poverty. They still do. They were made to feed on empty political slogans each time an election loomed on the horizon. It was a bitter pill to swallow.

Initially, the student demos were pro-government. We still had faith in the system, that it would somehow correct itself. But that soon became a pipe dream as impunity reigned supreme. The mantra of a one-party State rang louder and soon it became apparent that the revolution was in danger of regression.

Student politics is by nature a function of the prevailing environment. Students, by their nature are verbose in discourse and energetic in deeds. Some of us with the gift of the poison pen took our struggle to the manuscripts. Focus Magazine became a platform from where in-depth analyses and the somewhat acidic censure of the system took root.

It was no wonder it was proscribed by the university authorities, not once but several times. Its financial sources were blocked and distribution channels chocked. Yes, the writings of Tinoziva Bere, Moetsabi Titus Moetsabi, Laxton Tendai Biti, Lawrence Tshuma, Trevor Ncube, Tawana Khupe and the cartoons by Lenox Mhlanga, among others had become a threat to the establishment.

I was reduced to pasting my caricatures on the door of my room in New Complex One, University of Zimbabwe — a name more appropriate for a factory than an academic residence. In fact, they were factories that unwittingly manufactured dissent.

Student activism had taken a turn for the worst. The State panicked and unleashed its machinery onto campus.

The entry of the riot police onto what we considered to be the hallowed ground of academic freedom was a signal that intolerance would be the default setting of the system from then on. The taunts the paramilitary endured about their level of education was just a contract of the frustrations that had been pent up over a long time.

The cops took it personally and they became willing tools of the kind of brutality that has become so synonymous with anything resembling crowd control. The revolution was eating its own children.

That a political movement would emerge from this was just a matter of time. Generations of student leaders had been put through the paces on campus, sharpening skills of debate, speech, negotiation and evading teargas and rubber truncheons. The bitterness was palpable and the bravery sometimes bordered on the suicidal.

There was bound to be a spill-over. Student leaders graduated and entered society at large, still full of pent up emotions and lofty ideals. Some became unemployable because of their “dangerous and poisonous” ideals. I was labelled rebellious at my first port of employment and promptly transferred to a frustratingly boring backwater.

I am sure there are many who suffered the same fate.

It only served to add fuel to the fire burning inside us. The result was more dissent in various forms, some of which resulted in the foundation of present-day progressive politics. It was an outlet and an attempt at a lasting solution to a revolution that had convoluted its founding ideals. We have indeed come a long way, and the journey to a brighter future seems longer still.

Lenox Mhlanga is a social commentator