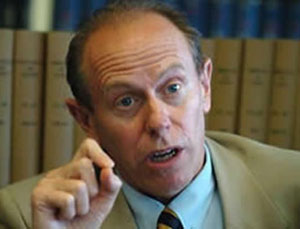 EDUCATION minister David Coltart has claimed the past election was fraught with many irregularities and was subverted “through a detailed and carefully laid plan executed with military precision”.

EDUCATION minister David Coltart has claimed the past election was fraught with many irregularities and was subverted “through a detailed and carefully laid plan executed with military precision”.

Central to Coltart’s claims is the failure by the Zimbabwe Electoral Commission’s (ZEC) to provide the voters’ roll on time, saying had it been made available on time, most of the irregularities would have been discovered.

In a detailed report, Coltart, who lost to MDC-T’s Thabitha Khumalo, cites a number of breaches, which include the proclamation of the election, which he describes as illegal and the use of the Presidential Powers Act to amend the Constitution.

The MDC legal affairs secretary also bemoaned the number of newly-registered voters that did not tally with the figures from last year’s census in some areas.

“A further point to note is that the registration exercise resulted in double the numbers of new voters being registered in Ward 3 (2 987), as compared to Ward 4 (1 462) even though the census indicates that they almost have the same populations,” he noted.

“Over 30% of all new registrations in the constituency are located in either military barracks or the ZRP.

“A further 35,7% are located in Ward 3 leaving a small minority from Ward 4.” Coltart said he had more support in Ward 4 and was surprised why less people were registering to vote in that ward, while Ward 3 voters grew rapidly.

He queried why ZEC had increased the number of polling stations in areas around military barracks, saying this could also be an indication that something untoward was afoot.

“In 2008 there were three polling stations within a two kilometre radius of Brady Barracks namely KG VI School, Paddonhurst Pre-school and Thomas Rudland School,” he wrote.

“In 2013 that number was almost tripled to eight polling stations, which were located within a 2km radius of Brady Barracks, namely the original Thomas Rudland, Paddonhurst and KG VI and in addition Elangeni, KG VI B, Museum, Carmel School and Romney Park.

“The disproportionate increase in the number of polling stations around the barracks is inexplicable.

“One possible and reasonable conclusion to be drawn is that the number of polling stations situated close to the barracks was specifically selected to enable security forces to manipulate the vote.

“For example in three of the polling stations located near to barracks at the Museum, Thomas Rudland School and Paddonhurst, the votes cast for (President) Robert Mugabe were remarkably consistent namely, 220, 220 and 224.

“The votes cast for Robert Mugabe in all the eight polling stations located around the barracks, bar one, were significantly greater than anywhere else in the constituency.”

Coltart also lamented the high number of people who were turned away on voting day, 1 218 in his constituency, saying some of those turned away had all the right documentation. Mugabe won the election with 61% while Zanu PF attained a two-thirds majority in Parliament.