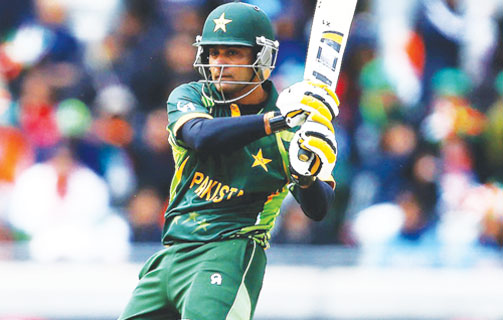 ZIMBABWE Cricket (ZC) yesterday confirmed that Pakistan will be in Zimbabwe on a month-long tour from August 19 to September 15.

The first leg of the tour will be at Harare Sports Club. It will open with two T20 matches which will be played back-to-back on the first Friday and Saturday of the tour.

The ODI matches will be on August 27, 29 and 31 with the first Test match played in Harare from September 3-7. The tour will then move to Queens Sports Club in Bulawayo for the second Test match, which will run from September 10-14 with the Pakistani team set to depart the following day.

Zimbabwe will have little time to prepare for the upcoming Pakistan tour, which begins in barely a month after the India tour that  ended the past weekend with the hosts suffering five heavy defeats to the world champions. India made a clean series sweep wining it 5-0.

The lack of match practice was clearly the major setback for Zimbabwe during the India tour which was characterised by a number of mistakes especially in the fielding and for batting costing the home side.

After the last ODI of the India tour, Zimbabwe national cricket team coach Andy Waller emphasised that his side failed to play simple cricket.

The team is set to take a week-long break before going back to the drawing board to prepare for the Pakistan tour. “I think if the gap was longer, we would benefit from that. The guys have been working hard in the past weeks and they will have to get a week off because they are tired.

They need to go home and think about it, learn from their mistakes, what they are going to do in the next couple of weeks. “But I think in as much as there is little time for a turn-over before the Pakistan tour, their coming will work to our benefit,” Waller said.

Waller said the team would improve as they play more competitive games. “The guys haven’t played hard, competitive cricket for three or four months now and I think you’ll find by the end of the Sri Lanka tour, playing more of that standard of cricket, the confidence will build up and we’ll start improving. The players are going to gel and we will get it right,” Waller said.

Meanwhile, Pakistan have left out Nasir Jamshed and Mohammad Irfan from the 15-member Test squad for the tour of Zimbabwe.