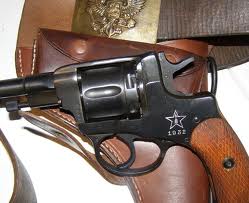 SUSPECTED armed robbers broke into a company at the corner of Khami and Magazine roads and stole more than $8 000 on Saturday night, police confirmed.

SUSPECTED armed robbers broke into a company at the corner of Khami and Magazine roads and stole more than $8 000 on Saturday night, police confirmed.

JK Motors director Warren King alleged that the robbers broke locks and doors to gain entrance into the company office which had a safe.

“The safe had more than $20 000 and they used some dangerous explosive to open it,” he said.

King said the suspects collected all the money and packed it into a lunch box container and ran away when the security alarms went on.

“They dropped some of the money while they were running, they finally went away with over $8 000. We recovered the other money,” he said. King said they reported the matter to the police and no suspects have been arrested yet.

“We are concerned about the increase in the robberies around the city and people should be careful,” he said.

“This is the fifth robbery at this service station since 2008 and last year they also got away with a lot of money.”

Bulawayo police spokesperson, Inspector Mandlenkosi Moyo yesterday confirmed the robbery, saying the suspects were still at large. “Extensive investigations are underway and we are appealing to members of the public to assist,” he said.

Moyo urged people to put their money in banks and not to keep it in their houses and offices because banks were much safer.