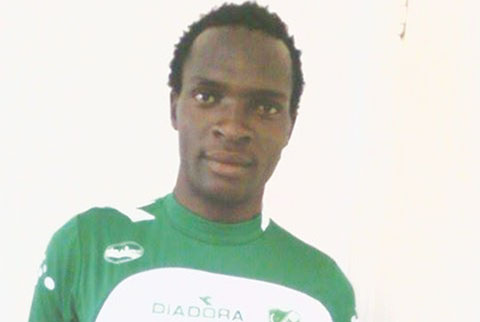 HIGHLANDERS are hoping that new signings Master Masitara and Tinashe Chipunza get their reverse international transfer certificates (ITC) today, as they travel to Harare for a date with Black Mambas on Wednesday.

Masitara and Chipunza penned one-year deals with the Bulawayo giants and club secretary Andrew Tapela yesterday said they were expecting to get the two players’ clearances today from the Botswana Football Association (BFA).

“They have been cleared by their clubs in Botswana and what we are just waiting for are the international clearances which we expect to be in by tomorrow (today),” Tapela said.

Masitara was playing for Nico United while Chipunza was at Miscellaneous. Highlanders are hoping the two will sharpen the blunt Bosso strike force as they chase for the premiership title.

Chipunza will replace defender Honest Moyo who has been out of action due to a nagging injury while Bosso brought in striker Gabriel Nyoni whom they had loaned to Bulawayo Chiefs.

At champions Dynamos, Oscar Machapa (Moroka Swallows) and Victor Kamhuka (Black Leopards) were still to get their ITCs from South African Football Association.

Former Monomotapa player Brian Mapfumo and Leonard Tsipa, who make a return to Caps United, were yet to be cleared by the BFA. Mapfumo was at Township Rollers while Tsipa returns from Motlakatse Power Dynamos in Botswana. Black Mambas registered Evans Gwekwerere who was also at Rollers and awaits clearance.

Also making a return from Botswana is Qinani “Chroma” Sibanda who was at Motlakase and former Warriors goalkeeper Ephraim Mazarura from Mbabane Swallows in Swaziland.

The pair also await ITCs. Shabanie Mine’s Simbarashe Gate awaits his from Mozambique where he has been playing for Ferroviario Nampula.