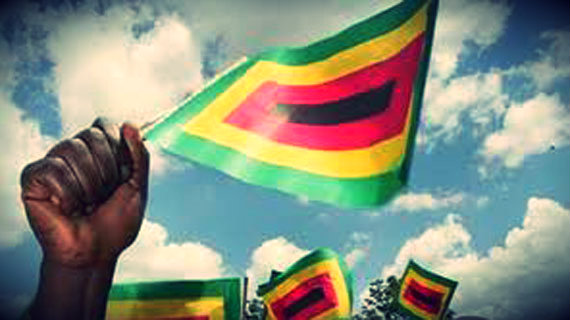 Addressing hundreds of villagers, who were allegedly force-marched and duped into believing that it was a chiefs rally led by Chief Fortune Charumbira at Charumbira shopping centre yesterday, Chineka told the villagers that the former war fighters are “never too old” to dislodge MDC-T leader Prime Minister Morgan Tsvangirai from power, if he beats arch-rival President Robert Mugabe.

“I went to war at the tender age of 16, I did not enjoy my adolescence,” he said. “Then you want to get the country back to the whites? No, the revolution is still on, the war continues.

Donning a cap emblazoned with Mugabe’s image, Chineka also read a document, which he claimed Zanu PF intercepted from the MDC-T, saying the party plans to return farms to the white farmers if elected.