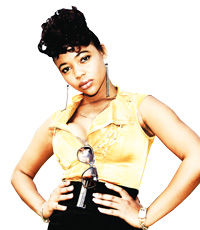 Itai Mandaza, Hakeem’s younger brother and manager confirmed the developments to Southern Eye Lifestyle  yesterday. “We have been talking to Cleo and her producer about composing tracks with her. Now we are waiting for her to come out of the house,” Mandaza said. “This will strengthen the Zimbabwe-Zambia relations. The track will have an R&B feel from Hakeem and a hip-hop feel from Cleo and I,” Mandaza added. Cleo or “Ice Queen”, as she is known in the hip-hop circles, was nominated for the South African Hip-hop Awards in 2012. She released a mix-tape Topic of Discussion in October 2012. She has recorded a track with JK of Zambia and has also shared the stage with the likes of Zone Fam, Ice Prince and Amber Davis. “Since the world knows Hakeem and Cleo are a couple, we are waiting for Cleo to come out of the BBA  house so that we see where the relationship goes because some relations may work in the BBA house, but might not in a real life set-up,” Mandaza added.

The two will follow former housemates Roki and Mampi who collborated on a few tracks together after leaving the BBA house.