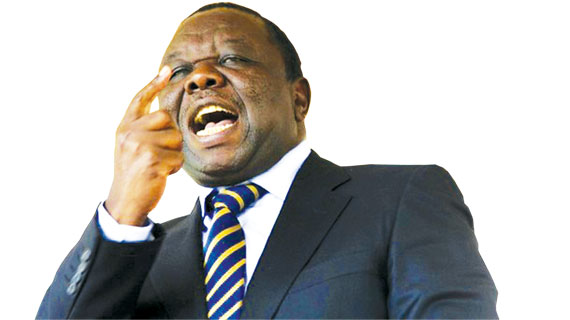 TWO former MDC-T MPs maintain that they have the right to use Prime Minister Morgan Tsvangirai’s images in their campaigns ahead of the July 31 elections.

TWO former MDC-T MPs maintain that they have the right to use Prime Minister Morgan Tsvangirai’s images in their campaigns ahead of the July 31 elections arguing the photographs are not protected under the Copyright Act.

Felix Mafa, Samuel Sandla Khumalo, Kidwell Mujuru and Prince Dube yesterday filed their notice of opposition to an interdict by the Bulawayo High Court on Monday barring them from using the MDC-T logo and Tsvangirai’s picture.

The four were expelled from the MDC-T after they filed nomination papers to stand as independent candidates in Bulawayo.

Bulawayo High Court judge Justice Maphios Cheda declared unlawful the use of the party’s logo, colours and picture of Tsvangirai by the candidates.

But in an urgent application opposing the interdict yesterday, the “rebels” argued that Tsvangirai’s picture was not registered in terms of Zimbabwe’s Copyright Act. They contended that there was no need for them to get any authority from the MDC-T as alleged by the party.

Through their lawyer Dumisani Dube of Cheda and Partners Legal Practitioners, the candidates said they wanted the matter set down urgently for argument before a judge in time for the elections.

Khumalo, in an affidavit said the MDC-T officials who sought an interdict against them had no claim to Tsvangirai’s picture or images in terms of the Copyright Act.

He claimed the MDC-T leader “is the owner of the works and copyright vests in him and none else”.

“It would, therefore, follow that the said Tsvangirai can institute proceedings to protect his copyright, if ever any such copyright exists,” Khumalo argued.

The four charged that the applicants did not establish who the owner of the copyright work was.

“Essentially and fundamentally, the applicants do not have the authority of the alleged copyright owner to litigate,” Khumalo said.

“Accordingly, the applicant must fail on this point alone.”

They further argue that the mere portrayal of Tsvangirai does not confer copyright upon him, adding that the copyright might actually even be vested in the person who took the photograph.

“It is, therefore, incorrect and misdirected for the applicants to even seek to enforce a copyright to which they do not know whom it belongs to.”

The candidates charged that the applicants misled the court by failing to state that the copyright was not registered.

“There is no copyright at all. Even if one were to exist, the owner of the copyright has not licensed the commencement of legal action,” Khumalo said.

“We are not using the applicant’s symbol. We are merely highlighting to our electorate that they should vote for us in the parliamentary elections and then their choice for president should be Morgan Tsvangirai.

“It actually tallies with the election mantra of the applicants to have Tsvangirai as President.

“If anything we are assisting them in campaigning.”