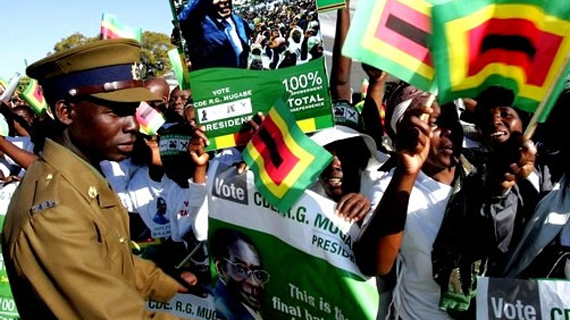 Rejected “special” councillor in the Bulawayo City Council, Gatsha Mazithulela, has joined Zanu PF and is reportedly eyeing a parliamentary seat in either Matabeleland North or Bulawayo.

Rejected “special” councillor in the Bulawayo City Council, Gatsha Mazithulela, has joined Zanu PF and is reportedly eyeing a parliamentary seat in either Matabeleland North or Bulawayo. By Nduduzo Tshuma, Staff Reporter

Mazithulela, educated in the US and UK, appeared at a Zanu PF rally in Nyamandlovu on Saturday sitted at the high table with Mines and Mining Development minister Obert Mpofu and party provincial chairman Richard Moyo.

“This young man is a doctor of books. He was working in South Africa. I invited him to see how Zanu PF is like here in Umguza,” Mpofu told party supporters.

“I told him to come back home. He asked me what he could do and I told him there are lot of things, even politics.

“The next morning he was parked outside my house and asked what he could do. He said he was willing to work for the party.”

Mpofu said he urged Mazithulela to follow his dream.

“I said, do it, do not be afraid. Go and do what you want, be it in Tsholotsho or in Bulawayo, it is up to you,” he said.

“If they accept him in Bulawayo or in Tsholotsho it is up to him.

“I will not put him there because people will say Mpofu is putting his people,” he added.

“Go and talk to the people. If you meet him, he is a well-up man. He has no problems and I said he should come and see for himself what happens in the constituency.”

Mazithulela, who holds a PhD in genetic engineering from the United States and an MBA from London, was appointed as a special interest councillor by Local Government Rural and Urban Development minister Ignatius Chomo in March, but a city resident blocked the appointment through the High Court.