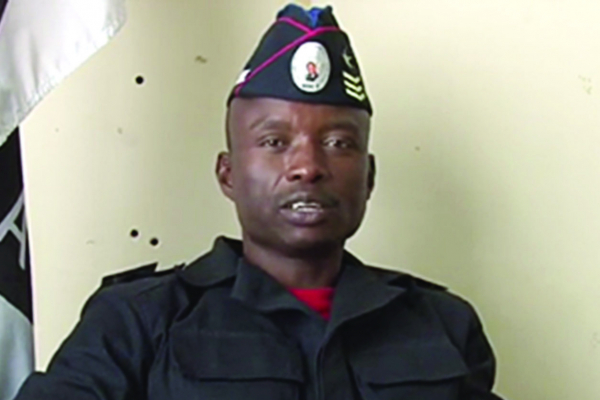 Mukoyi dropped the bombshell in an interview with NewsDay yesterday following an alleged plot to block him from contesting the Kuwadzana East constituency, which he claimed was given to him by party leader Nelson Chamisa as a token of appreciation.

The seat was formerly held by Chamisa before his recent elevation to lead the opposition party and contest the upcoming general elections as MDC Alliance presidential candidate.

The MDC-T failed to hold primary elections in Kuwadzana East on Friday after Mukoyi and Hwende’s supporters disrupted the process.

“I feel like our leadership is not sincere and honest. Before the primaries were held, I approached our party president (Chamisa) and had a talk with him concerning that constituency,” Mukoyi said.

“I said to him: ‘God has blessed you to become the president, and I, as a party member resident in Kuwadzana, who has stood with the party through thick and thin, can you bless me to take over from you?’ The president said he has no problem with it and he actually expected that from people who have worked hard for the party.”

But Hwende yesterday refuted Mukoyi’s claims, saying it was not true that Chamisa had “blessed him” with the Kuwadzana East seat.

He also dismissed allegations that the Vanguard had engineered Chamisa’s rise to the party presidency.

MDC-T secretary for elections, Murisi Zwizwai, also dismissed Mukoyi’s utterances, saying: “The position as a party is that everyone is open for a primary election process and there is a template that speaks to that. The template does not even protect the national standing committee members.

“The vice-president himself, Elias Mudzuri, has three people contesting against him, myself as the secretary for elections I am being contested and others. There is no such rule and it’s not in our constitution or in our template. This is a misplaced claim that is meant to play around with the media and politicking.

“We are going to look at the case as a party and come up with the candidate. President Tsvangirai didn’t declare anyone, including Chamisa. He had to go through the party processes to be president. He was appointed by the national council and there is no single person who can say I was anointed.”

Mukoyi, however, said that when Tsvangirai was on his deathbed early this year, the party leadership approached him asking him to engineer Chamisa’s ascendancy at a time other MDC-T co-vice-presidents Elias Mudzuri and Thokozani Khupe were also angling to take over the position.

He said he had worked hard for the party since its formation in 1999, concentrating mostly in the Kuwadzana area, adding it was unfair for Hwende, whom he claimed was from Mashonaland West province, to claim he had also been given the greenlight to contest in the same constituency.

“If it is true then, what it means is that the leadership might not be genuine because we are told different things. However, at the same time, we expected that the party will exercise justice in this matter because Kuwadzana East is my area and I rose through the leadership to the national from here,” Mukoyi said.

“During the time when Tsvangirai was on his deathbed, my brother Hwende and other leaders approached me saying the situation was bad and the party needed new leadership.

“They told me that the work that they were about to do had to be done by the youth assembly, especially the Vanguard, which they are now dismissing as thugs today. We fought to bring sanity in the party until we had this hierarchy that we are having today,” the vanguard commander said, in apparent reference to the violent attacks on dissenting voices in Bulawayo and Buhera following Tsvangirai’s death.

“I feel betrayed that they say The Vanguard is bad, yet they are the ones who were behind the operations of The Vanguard. This is bad. Maybe, as leaders they, have their wisdom to say that, but I don’t think that is right.”

Mukoyi alleged that at some point before the latest fallout, Hwende roped him in as deputy national youth leader and Vanguard commander to resolve a leadership crisis in the party’s Chegutu structures.

He, however, declined to disclose the nature of the problems the party experienced in Chegutu.

Hwende rubbished Mukoyi’s statements as false and meant to tarnish the party and its presidential candidate Chamisa’s image.

“That is nonsense and as far as we are concerned, only the national council elected Chamisa to be the president. I am not aware of any other person who did that,” said Hwende, who claimed he had been actively involved in Kuwadzana since 2000 when he was campaign manager for the now late former legislator Learnmore Jongwe and later campaigned for Chamisa in 2003.

“Besides, the party called for applications from aspiring candidates and I submitted my name. The party cannot decide to give a particular seat to anyone just like that, it is not how democracy works. If he has grievances with Chamisa, he must direct them to the office of the president,” Hwende said.