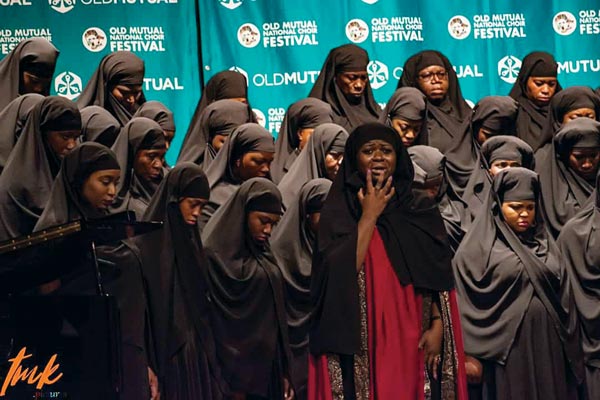 In an interview with NewsDay Life &Style on the sidelines of the choir’s Easter mass concert at Anglican Cathedral last week in Harare, Dzangare said although he deputised his father prior to his death, propelling the choir ahead was a mammoth task.

“This journey was not easy. It was difficult, especially after the death of my father. It was very challenging to fit in his shoes. Although I deputised him, it was not easy for me to take over the choir, but by the grace of God everything eventually went on well,” he said.

“My father passed on in July 2012. That same year, we managed to go to South Africa and competed at the Old Mutual choir competitions in Limpopo province and we came first. We then proceeded to Bloemfontein for national finals where we managed to be in the top five. Although some broke away and formed their own choirs, I am happy that CHS did not die. We are still moving forward,” he said.

Dzangare cited lack of funding as one of the challenges the choir faced as some of its members were not employed.

“Accessing funds is a challenge faced by many of our members because they are still studying. It has always been a challenge to raise funds for our trips, say we have a performance in Bulawayo or South Africa. We are appealing to sponsors and willing organisations to come forward and support,” he said.

The guest of honour at the concert Ngwarirai Musariri, commended Dzangare for upholding his father’s legacy.

“I know how it is. It is so difficult to keep a choir like Harmony Singers intact. You have taken the name of Zimbabwe internationally, lifting its flag on several platforms. Israel was so much concerned with CHS, I want to thank you because you have taken the choir to greater heights,” he said.

“To the singers, I say we keep on supporting you as long as you keep on delivering quality music. I want to thank you for sacrificing your time and money.”

The choir premiered the Great Opera Night last year and the Zimbabwean suit music by Brian Kesselman that spoke to the beauty of this country in 2016.

At the Easter mass concert, the choir shared the stage with the Arundel Girls High chapel choir.

Their performance of the Coronation mass by Mozart and Missa Brevis by Qinisela Sibisi captivated the audience that attended the event.