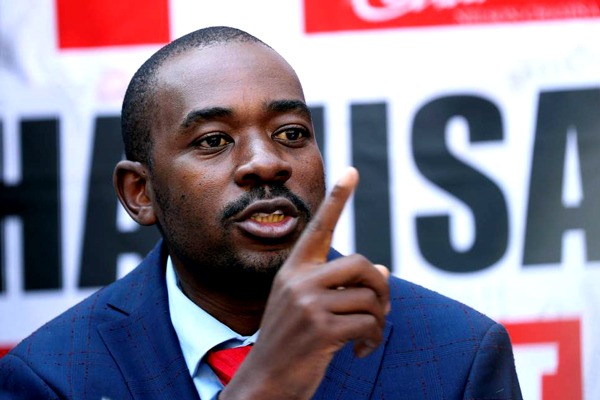 Mnangagwa is also expected to deliver his State of the Nation Address (Sona) in Parliament today. Leader of the House for the MDC Thabitha Khumalo said the party was still guided by the national council decision not to recognise Mnangagwa’s election victory in last year’s poll.

“Our strategy is going to be the same, we don’t recognise him and we are not going to stand up for him and them. We wait for the repercussion for having done that.”

Prosper Mutseyami, the Dangamvura-Chikanga legislator, who is the opposition party’s chief whip, yesterday refused to disclose the party’s plan of action, but hinted that MPs were rolling up their sleeves.

“For now, there is nothing I can tell you, why don’t you write your story after tomorrow (today)?” Mutseyami said.

The opposition lawmakers in September last year walked out on Mnangagwa’s Sona address to Parliament as a way of expressing its bitterness to the ruling party government for “stealing” the July 30 2018 presidential election.

The MDC MPs called him an illegitimate leader and then walked out of Parliament when he was giving his Sona as a way of expressing their displeasure.

Chamisa claims he won last year’s presidential election and refused to accept Mnangagwa’s leadership even after the courts declared the Zanu PF leader the winner in the controversial polls.

Some MDC MPs also hinted that they were plotting another embarrassing episode for the embattled Zanu PF leader who has not recovered from addressing an empty auditorium at the United National General Assembly last week and being tongue-lashed by the international body over his government’s human rights abuses.

“We have maintained that Mnangagwa is an illegitimate leader. Sitting in Parliament to listen to him will be an act of legitimising his rule. We are planning to walk out on him or boycott the official opening,” one MP who refused to be identified told NewsDay.

But on Sunday, Information ministry secretary Ndavaningi Mangwana warned the opposition MPs of dire consequences should they do a repeat of last year and walk out of Parliament while Mnangwga was addressing.

“Sona is pencilled for this week, how the opposition MPs will conduct themselves will determine the political climate in Zimbabwe. Time and time again President @edmnangagwa has reached across the political divide in an effort to reduce political tensions so we move the country forward,” Mangwana tweeted.

But some MDC MPs said they would not be intimidated to sit in Parliament while Mnangagwa gives his address.

Another MDC MP said: “We know Mnangagwa is a cruel leader who has been abducting people and deploying police to disrupt MDC events.

But we can never be intimidated. That will not stop us from registering our sentiments that Mnangagwa is the leader of Zanu PF, not the country because he stole the last elections.”