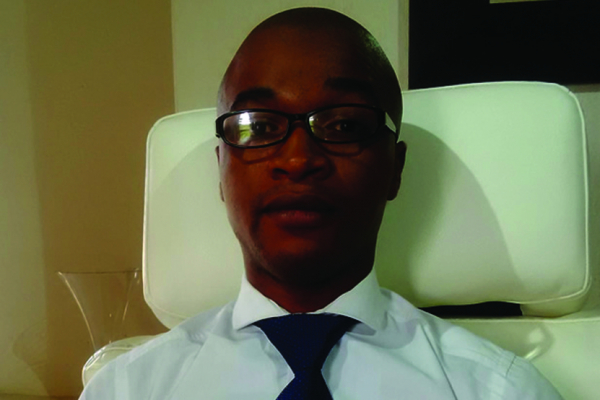 In all the three months in prison his poor wife and children at home will struggle with hunger. The poor wife might even end up hooking with another man just to survive. But paying the $10 fine will avoid all this. To this convicted man facing prison, $10 carries so much value.

A close friend of mine used to tell me how difficult life was when he skipped the border into South Africa in 2007. He found himself in the middle of nowhere, as he neither knew nor had any contact with friends or relatives in South Africa. He cursed the gods as, on the very day he arrived in Johannesburg, he was robbed of the little cash and few clothes he had bundled in a school bag.

The man told me how he quickly woke up to reality and started selling cigarettes on the streets of Hillbrow just to get the next meal, and a corner in a crowded room to lay down his head for the night. He told me he paid R4 for a corner in a small crowded room in Hillbrow to sleep every night for almost two years. As dangerous as Hillbrow streets are during the day, deadly at night, as long as his profit from selling cigarettes for that day was not yet R4, he could not pack and leave for the night.

That is how valuable R4 was to him. R4 is what kept his soul and dreams alive. Fast track to 2018, I am happy the man is now well off. He tips R300 in a restaurant.

That is why I find every evil in someone that you helped with R50 in his darkest times, but because he is now well off he tells you to your face “ndinokupa kamari kako usiyane neni” (I will pay your little debt then you leave me alone). When this person was in trouble, that R50 secured his survival for two or three days. Now that he is well off he tells you to your face that the R50 you helped him with is peanuts! Someone did that to me. This disloyalty is purely evil, and unfortunate.

The scene is more corrupted in politics today. Loyalty and integrity are bought and sold to the highest bidder. Politicians hop from one political bed to another with ingratitude, spewing obscenities with gross arrogance in the faces of their former comrades. The Jonathan Moyo of the 1990s was a fiery critic of Robert Mugabe, attacking almost everything about his government and policies. Turn to 2000 onwards Jonathan becomes Mugabe’s most useful weapon.

Suddenly everything about Mugabe, his policies and his government are very correct to Jonathan. Fast track to 2005 Jonathan is chased away from the party after the Tsholotsho debacle, he again becomes the biggest attacker of Mugabe personally, his policies and government.

Jonathan even went further to say in a fair election Mugabe would lose to a donkey. It is on record. Enter Jealousy Mawarire, the man is skipping from one party to the other, he is now the spin doctor in the newly formed NPF.

The rapid mushrooming of political parties is not helping anybody other than elongating the ballot paper. There are hundreds more, thousands even, who trade their souls from one party to the other and it makes one wonder whether the conviction to a cause of this person is true or not at any material time. How does one argue that the government policy is correct, incorrect, then correct again all in the same breath?

This disloyalty is purely evil and unfortunate. One is indeed free and justified to move to a party of his choice at any given time, Zimbabwe is a democracy after all. However, the propensity of changing parties and causes between today and tomorrow just because one’s personal interests have temporarily been paid for should be a cause of concern for all right-thinking voters.

In all fairness, one is free to move to another party if the current party no longer represents the political cause of the majority, that which made them join that party in the first place, but let it show that the majority cause, and not personal, is the one that has been sold and lost to justify the move.

As things are going, one is not sure whether these political turncoats will not jump through seven parties in the next seven days, spewing obscenities against the very parties that took them from the cold and groomed them.

 Robert Sigauke is a legal advisor, author, entrepreneur and political analyst based in Johannesburg. He can be contacted at dialogue@highveldmail.co.za Facebook page facebook.com/TheRobertSigaukeDialogue

By AMH Voices 4h ago
Zim now a failed State