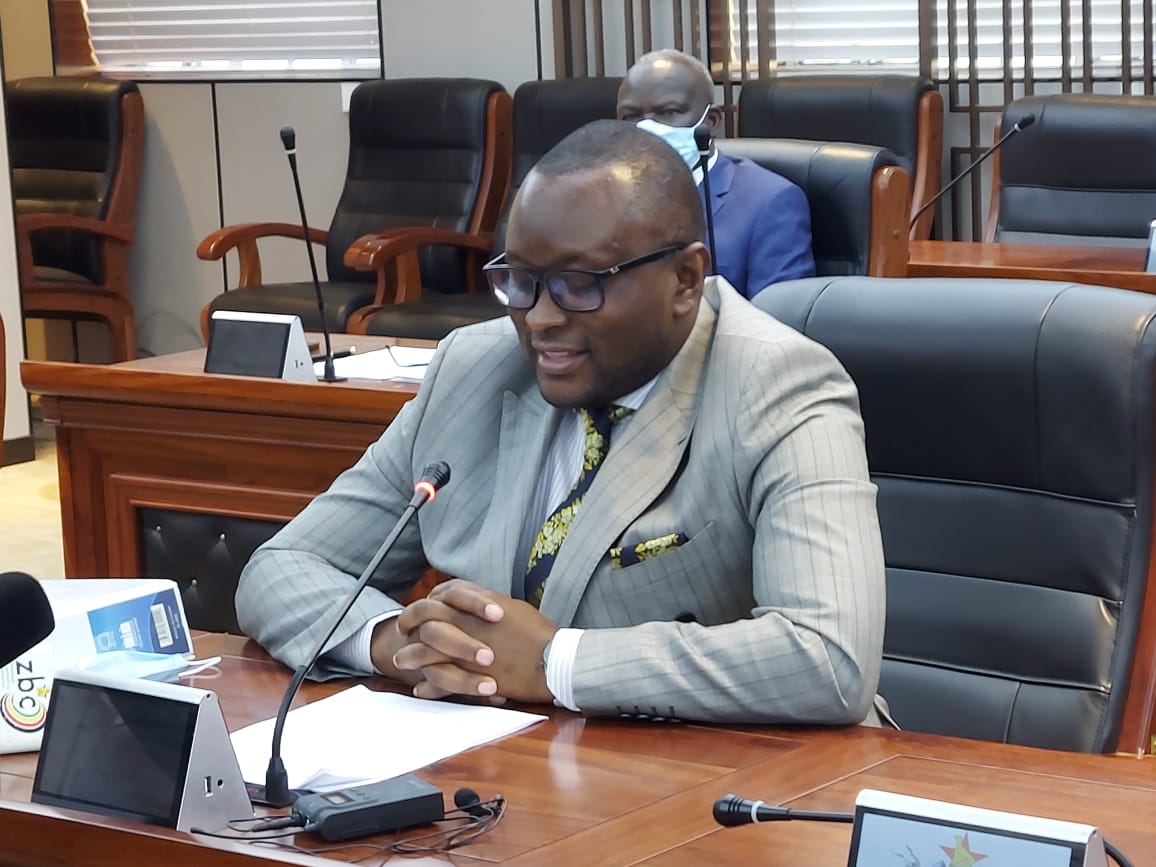 The Minister of Local Government and Public Workers, Honourable J.G. Moyo, presented the Progress Report on the Implementation of Phase 2 of the Enhanced Emergency Preparedness and Disaster Management Programme, which was adopted by Cabinet.

Cabinet received an update on the Country‘s Response to the Covid-19 Pandemic and a Report on the Procurement and Roll-Out of Vaccines,  as presented by the Chairman of the Ministers’ COVID-19 National Committee, Vice President and Minister of Health and Child Care, Honourable General (Rtd.) Dr. C.G.D.N. Chiwenga.

An average of 97 new cases was recorded per day, compared to 108 new cases the previous week. Furthermore, a total of 34 COVID-19-related new admissions were recorded during the week, compared to 48 the previous week. No patients were admitted to the intensive care unit. This indicates that the COVID-19 pandemic remains under control, as it has been for some months now.

#PostCabinetBriefing– Business hours for hospitality industry is now from 0800 to 0300 hrs the following day– Curfew has been lifted– All Covid19 public health and social measures must continue to be strengthened. pic.twitter.com/liThh3k4fG

Accordingly, Cabinet resolved to relax some COVID-19 measures and regulations as follows:

2. that, while enforcement of COVID-19 regulations must continue, the curfew which is currently running from 12 midnight to 0530 hours has been lifted; and

3. that implementation of all COVID-19 public health and social measures must continue to be strengthened.

This translates to a national coverage of 55.7%, compared to the 55.6% recorded the previous week. Cabinet calls upon all citizens that have not been vaccinated to present themselves for vaccination at centres nearest to them.

2.0 PROGRESS REPORT ON THE IMPLEMENTATION OF PHASE 2 OF THE ENHANCED EMERGENCY PREPAREDNESS AND DISASTER MANAGEMENT PROGRAMME

The Minister of Local Government and Public Workers, Honourable J.G. Moyo, presented the Progress Report on the Implementation of Phase 2 of the Enhanced Emergency Preparedness and Disaster Management Programme, which was adopted by Cabinet.

The nation will recall that Government embarked on the Enhanced Emergency Preparedness and Disaster Management Programme to provide relief to distressed households in dysfunctional, illegal and irregular settlements, including those settled on wetlands and flood-prone areas.

The Programme is also constructing and rehabilitating the country’s road infrastructure following years of non-maintenance and neglect by local authorities, especially those in urban areas. Furthermore, robust action is being taken on land and space barons. A Taskforce is in place to deal with the land barons, which has directed to accelerate the apprehension and prosecution of culprits.

Cabinet wishes to advise the public that construction works on the four funded blocks of flats at Dzivarasekwa, which are being constructed to house relocated households, stands at 58.33% completion. At the Senga Messengers’ Camp in Gweru, four blocks of flats are currently under construction by a private contractor, and an additional four blocks are being constructed at the site by Government.

Four blocks of flats are also under construction in Marondera, while in Lupane the contractor has since moved to site to commence operations for the construction of residential flats at the Government Offices’ site.

Meanwhile, Government is addressing the concerns of households on planned settlements without adequate basic services. Initial focus in this regard is on sixteen Garikai/Hlalani Kuhle settlements identified countrywide for immediate infrastructural development. To that end, the official hand-over of the Lupane Local Board Garikai/Hlalani Kuhle site to the contractor was done by the Ministry of National Housing and Social Amenities on the 2nd of May, 2022.

Government is also mapping urban settlements against approved layout plans in order to pave way for the issuance of title deeds to deserving beneficiaries. Cabinet is pleased to announce that the mapping of Caledonia, Hopley, Saturday Retreat, Cowdray Park, Gimboki (Mutare), Karoi and Victoria Ranch (Masvingo) has been completed, while the mapping of Eyrecourt Farm is underway.

The exercise to process title deeds for Caledonia is on course, with 7 523 beneficiaries being targeted under Phases 1 to 3, and 925 stand owners have started the process of acquiring title deeds for their properties.

Government is using new technology spearheaded by the Zimbabwe National Geo-Spatial Agency (ZINGSA), in order to expedite the mapping exercise and, therefore, the issuance of title deeds. The issuance will proceed simultaneously with provision of basic infrastructure and services.

The Emergency Road Rehabilitation Programme 2 (ERRP 2), under which roads infrastructure is being constructed and rehabilitated, is progressing well. In Masvingo Province, construction of the Ngomahuru piped drift (bridge), which was washed away by incessant rains, is almost complete.

The Ngomahuru piped drift provides easy access to Ngomahuru Hospital for the mentally challenged. Similarly, construction of the Dewure culvert, which is on the Gutu-Buhera Road, is almost complete.

In Mashonaland West Province, re-sealing of the Chakari Road in Chegutu District is almost complete. In Matabeleland North Province, construction of the 178 metre-long Somgolo Bridge, which links the communal settlers and farmers in Lupane and Tsholotsho, is progressing as scheduled.

In the Midlands Province, construction of the Phoenix Dam Bridge, which also acts as a dam wall, is set to be complete by 30 July, 2022.

In Mashonaland Central Province the Matepatepa Mountain-side Road is under construction. The Bindura-Matepatepa Road is a strategic road that links farms, mines and Bindura Hospital to Bindura and Mt Darwin. The resurfacing of the Camperdown Road is progressing well. This is a major road that links the low density areas with the Central Business District in Mt Darwin.

In terms of the scourge of land barons, Cabinet highlights that efforts have been intensified to prosecute offenders.   A total of 347 arrests were made, and 91 cases are before the courts, while 57 have since been finalised, with 6 convictions having been made. Investigations have been intensified, and Government takes this opportunity to assure the nation that all offenders will be brought to book and that no-one is above the law.

Cabinet considered and approved the following two investment projects recommended by the Zimbabwe Investment and Development Agency, as presented by the Minister of Finance and Economic Development, Honourable Professor Mthuli Ncube.

The nation is informed that Government has engaged Scout Aerial Africa (Pvt) Ltd, a local company, for an aeromagnetic survey, production of a drilling programme, drilling plans and a map indicating potential zones to mine within the Shackleton claims and Mhangura extension.

The results of the aeromagnetic study will produce a feasibility study and increase investor confidence in further developing the mine. Scout Aerial Africa (Pvt) Ltd will source funding required for this project and will recoup its investment from the investor who will be contracted later by Government to undertake mining operations.

3.2 Proposed Partnership between the Ministry of Lands, Agriculture, Fisheries, Water and Rural Development and Zimbabwe Merchantile Exchange (Pvt) Limited on the Establishment of the Zimbabwe Commodities Exchange

The nation advised that Cabinet has approved the shareholding structure for the Zimbabwe Commodities Exchange (ZMX) as follows: FINSEC 22.5%; TSL 22.5%; CBZ Bank 35% and Government represented by the Ministry of Lands, Agriculture, Fisheries, Water and Rural Development 20%. ZMX will bring about an organised digital platform for participants to trade their commodities on the market with fair and transparent price discovery.

4.0 UPDATE ON THE HOSTING OF THE SHELTER AFRIQUE CONFERENCE

The nation is informed that Cabinet received an Update on the Level of Preparedness for the 41st Shelter Afrique Annual General Meeting and Symposium to be held at Elephant Hills Hotel, Victoria Falls, from 25th to 29th July 2022, as presented by the Minister of National Housing and Social Amenities, Honourable Daniel Garwe.

The nation is reminded that Cabinet authorised the hosting of the above-stated conference on 6th October 2020. The Conference, whose theme is “Climate Change and the Built Environment,” will be attended by Ministers responsible for housing development from 45 African Member States.

Cabinet wishes to inform the nation that a ground-breaking ceremony and laying of a foundation stone will be held on the official opening day. This will mark the official launch of 3 000 housing units to be funded by Shelter Afrique in Zimbabwe.

Cabinet considered and approved ratification of the following International Atomic Energy Agency (IAEA) Conventions, as presented by the Minister of Justice, Legal and Parliamentary, Honourable Ziyambi Ziyambi, Chairman of the Cabinet Committee on Legislation:

The Convention on Nuclear Safety seeks to achieve and maintain a high level of nuclear safety across the world through the enhancement of national measures and international co-operation, including technical co-operation. It also seeks to establish and maintain effective defences in nuclear installations against potential radiological hazards in order to protect individuals, society and the environment as well as to mitigate the consequences of accidents should they occur.

Ratification of the Convention will therefore enable Zimbabwe to play its part in enhancing global nuclear security. Ratification also presents an important opportunity for Zimbabwe to adopt and adhere to international standards of safety in relation to nuclear energy facilities as well as to benefit from the practical experience of the other Contracting Parties.

The Amendment aims to extend and enhance the scope of the Convention on the Physical Protection of Nuclear Material to cover the physical protection of nuclear facilities and materials used for peaceful purposes. The amendment criminalises offences related to the smuggling and sabotage of nuclear facilities and materials. It also provides for strengthened international co-operation.

Accession of Zimbabwe to the Amendment will, therefore, demonstrate Zimbabwe’s commitment to the achievement  and maintenance of worldwide effective physical protection of nuclear facilities materials for peaceful purposes.

The accession will also enable the country to improve its protection of public health and safety, the environment, and national and international peace and security. Furthermore, accession will provide a sound foundation for the regulatory and legislative framework for effective physical protection of nuclear facilities and materials.

The nation is informed that Cabinet received a Report on the 12th Ministerial Conference of the World Trade Organisation as presented by the Minister of Foreign Affairs and International Trade, Honourable Dr Fredrick Shava.

The nation is advised that Ministers deliberated on critical issues affecting the multilateral trading system including the following; the impact of the COVID-19 pandemic; food insecurity; disruption of global energy and agricultural input supply chains; and the current geo-political tensions, among other major challenges.

Cabinet wishes to inform the nation that the Ministers in their Declaration agreed that Members should not impose export prohibitions on foodstuffs purchased for non-commercial humanitarian purposes.

By AMH Voices 8h ago
Zim now a failed State