Lessons from China on corruption 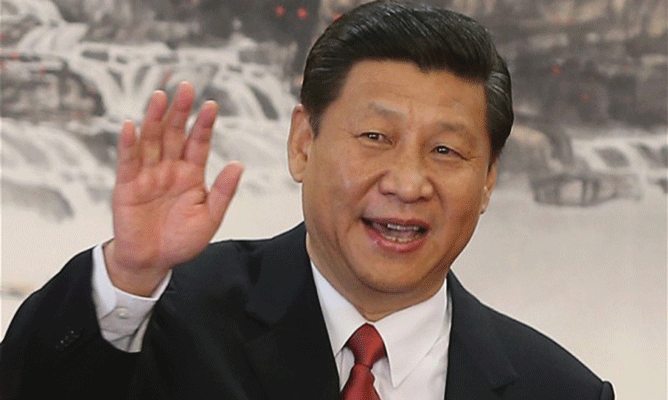 WHEN a country’s leadership is serious about fighting corruption, positive things happen. China and Singapore are examples of what happens when political leaders put their money where their mouths are

WHEN a country’s leadership is serious about fighting corruption, positive things happen. China and Singapore are examples of what happens when political leaders put their money where their mouths are.

In his book The Governance of China, the Chinese President Xi Jinping outlines his government’s practical and hardline approach to the problem. The sincerity and commitment by the Chinese leadership to eliminating it is the most notable thing.

Since 2012 more than 100 000 corrupt officials have been arrested and penalised for corruption.

Tangible measures are in place like heavy fines, confiscation of property, imprisonment and in very severe cases death sentences.

In March 2018 a former deputy mayor of Lualong, a Chinese mining city, became the first official to be sentenced to death ever since President Xi vowed to get tough on corruption when he came to power in 2012. The 65-year old Zhang Zhongsheng was accused of taking US$150 million in bribes.

The court found his litany of crimes and corrupt dealings so serious that only death was found to be the most suitable sentence.

It is admitted that even the severest punitive measures cannot totally eradicate corruption, but they still have a deterrent effect.

Radical amendments in the law and legal procedures should be undertaken otherwise the continuing pussyfooting with offenders and slapping them on the wrist before releasing them only encourages more corruption.

In the book Xin Jin Ping outlines the tough measures his government took to restore discipline in a nation in which corruption had reached crisis proportions.

He shows that when the leadership is sincere, citizens at all levels will be afraid to engage in corrupt activities. Jinping explains that it has always been the Communist Party’s political strategy to combat corruption because building a corruption-free party culture was of great concern to the people.

He adds that ‘’Worms can only grow in something rotten’’. His emphasies that cleaning the governing party is the first step because corruption by party and government officials is the instigator.

Historically, only the bravest and most courageous leaders ever have had the guts to tackle corruption because the risk is too great. Fighting corruption can be fatal to political careers because it supports the livelihoods of many people and people do not take kindly to anyone disturbing their source of livelihood. In history, very few leaders have ever been brave enough to successfully tackle endemic levels of corruption.

Lee Kuan Yew Singapore’s founding father and its first Prime Minister managed to transform Singapore into one of Asia’s wealthiest and least corrupt countries. Jinping and Yew did this at the risk of their political careers and even their lives. For this reason many leaders who start off with the best of intentions usually retreat and buckle because of resistance by very powerful cartels and individuals.

Most leaders are also badly compromised because they have their own corrupt dealings.

Anti-corruption efforts had been on the agenda of successive Chinese leaders since 1978 when radical economic structural reforms started, but Jinping was the most successful in dealing with it.

Corruption had reached alarming levels by the time he took power in 2012. A very powerful and dangerous political elite had emerged. Senior Communist Party officials ran mafia-type criminal rings and had amassed massive power and unimaginable wealth through trading bribes for political favours and taking bribes from local businesses for securing them large government contracts.

They also got money from subordinates seeking promotion to higher offices. It was pretty much like here and anywhere where this is a way of life for many in the political elite.

In China, some party officials had attained even more power and influence than the President. Xi Jinping quickly realised that if corruption in the country was allowed to grow it would eventually lead to the destruction of the governing party and the fall of government, so it was about self preservation. Jinping started the fight by cleaning his own party because that is where corruption was birthed before it went out into the broader world.

Jinping put massive pressure on the party’s high ranking officials to start following the party’s code of conduct which they had flagrantly disregarded to the point where they were above the law. Senior party officials were ordered to exercise strict self discipline and retrain their families and staff who had also become very powerful by association. Xi Jinping’s said it was “absolutely impermissible to abuse one’s power for personal gain or to seek privileges’’. He impressed upon party members that all violations of party discipline and State laws would be punished without exception and that there would be no soft dealings with anyone.

Xin Jinping did not say anything remarkable or unique that has not been said by every leader of every country. It is expected of leaders to say those sort of things about corruption.

What is unique is taking the bull by the horns and go beyond speeches and politicking. Ordinary citizens know all about corruption because they live at the butt end of it. They are the ones who are forced by corrupt government officials to drop a dollar here and there to get basic services delivered like passports, drivers licences, permits etc

In the book Xi Jinping pays tribute to his predecessors mainly Mao Zedong (1893-1976) and Deng Jaoping (1904- 1997) He also mentions senior party figures Hu Jintao and Jiang Zemin. The four were all Marxists and revolutionary military strategists and theorists. Mao was one of the main founders of the Chinese People’s Liberation Army and progenitor of the Mao Zedong Thought.

He was the chief architect of China’s socialist reform which triggered the modernisation of China’s economy. Deng was the architect of the Deng Xiaoping Theory in whose roots the war on corruption begins. The Deng Theory addressed both the symptoms and root causes of corruption by taking an integrated approach which includes punishment and prevention. In his own efforts Xi Jinping explains that he was guided by the philosophies of his predecessors.

He is clear that it is not just about fighting corruption for the sake of it. The aim is to achieve the vision of the 2012 18th National Congress of the Communist Party to deliver a moderately prosperous China by 2020. Corruption was seen as the biggest threat to the vision, therefore, it had to be dealt with decisively.

The Zimbabwean leadership has not been convincing about its vision so there is no shared national vision to drive towards a particular vision, whatever it may be. People only hear leaders talking incessantly about fighting corruption, but without knowing what the end game is.

In China it was made clear that ending corruption would ensure national prosperity. Zimbabweans see more of the government’s apathy in dealing with corruption. Year after year the Auditor General compiles reports which always detail massive corruption in government ministries and State enterprises, but nothing is ever seen to be done to address it.

The damning reports are filed neatly away until the following year. The Auditor General always comments that recommendations are never followed up and so the following year the reports contain more bizarre and colourful incidence of corrupt dealings by civil servants and State companies staffers.

By Rejoice Ngwenya 10h ago
Constitutional democracy: To what extent are Zimbabweans free?

By AMH Voices 10h ago
Letters: Zanu PF’s terrorism should come to a stop

By Clarice Mhoya 10h ago
Leveraging a collaborative mindset for business