Zim Constitution must be amended 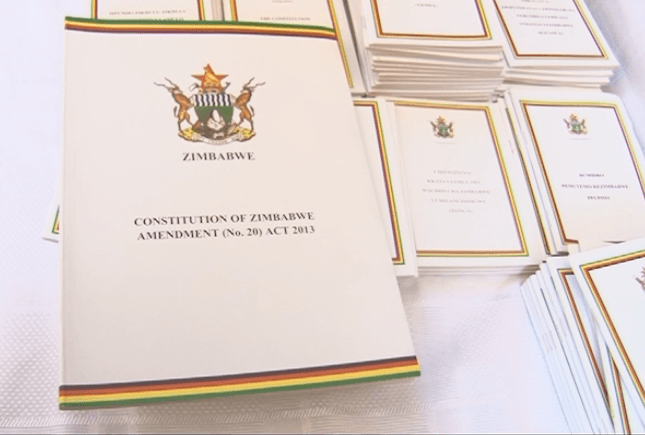 The partisan manner which continues to be the determining factor of access to opportunities has kept our country in a retrogressive state as positions of influence are awarded on loyalty basis instead of meritocracy.

ZIMBABWE has been oscillating like a yoyo for three decades now without coming up with tangible solutions to strengthen the governance system. Our position is clear that we need a complete system overhaul. The Ian Smith colonial system we adopted in 1980 has failed to yield positive economic growth and sustainable human development for all Zimbabweans regardless of social status.

The partisan manner which continues to be the determining factor of access to opportunities has kept our country in a retrogressive state as positions of influence are awarded on loyalty basis instead of meritocracy.

As Labour Economists and Afrikan Democrats (Lead), we have drafted a merit amendment which we hope government will implement as it seeks to fulfil its first national development strategy.

Why these two amendments?

However, many other parliamentary democracies do not use this system.

The United States, Luxembourg, Switzerland, Belgium and other countries practise strict separation of power between the Executive and Legislative branches of government.

This allows the President to appoint the right skills to Cabinet while MPs practise full oversight authority over the Executive.

In our current set-up, how do you expect a sitting Cabinet minister who is an MP to hold themselves to account? Cabinet should be separated from Parliament to allow the President to hire and fire at a frequency that leapfrogs Zimbabwe’s development agenda.

Council skill amendment:  Current skills required for local councillorship demands a candidate to be loyal to a party and know how to chant a slogan.

Some councillors in big urban cities are basically illiterate, but are tasked with superintending over councils that generate billions of dollars in revenue.

This is why Harare City Council sponsors a football club for millions of dollars while residents have been going for years without water and service delivery. Demanding skills will boost young talent in the country that can offer meaningful ideas to turn our local authorities to world-class standards.

The best way forward is to simply use a party deployment system known as proportional representation which we are already using to elect senators. Instead of voting for individual councillors, we may adopt a system such as the South Africa party representative system where people vote for a party of their choice and then the party will deploy skilled cadres to take up roles in council.

Lastly, if we are sincere as a country that we need tangible change, we have to be able to tolerate diversity and make all efforts to abolish the two-party system that has brought us this far. As Lead, we shall be challenging the Westminster style used in parliamentary and local authority elections. We demand a uniform system of electing public officials. Senators are elected on the public relations system and all public officials should be elected in the same manner so that we get to a stage where section 17 of the Constitution is upheld in its totality.

Together we can implement a new governance system that is viable and efficient.