Rural women and eradication of poverty 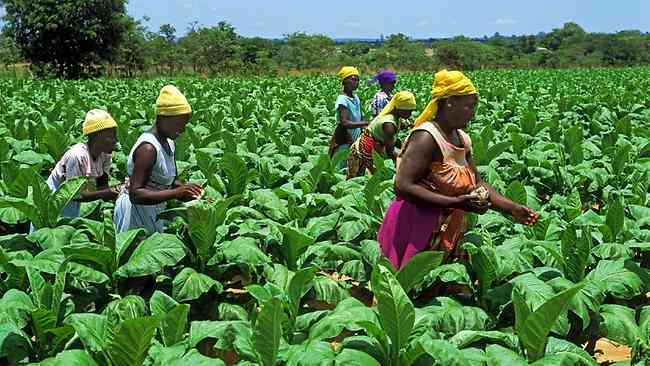 THIS month of October has three consecutive days with interlocked issues and which are commemorated on the United Nations calendar. October 15 is International Day of Rural Women and this year’s theme is, Rural women, cultivating good for all. October 16 is World Food Day and the theme is, Leave no one behind; better production, better nutrition. While October 17 is International Day for the Eradication of Poverty and its theme is: Dignity for all in Practice. Rural women, food security and poverty create a nexus of our contemporary rural experience where poverty and food security are highly-gendered.

In Zimbabwe, women have been on the cliff edge to food security. Gender equality in the rural settings has been reduced to an armchair topic discussed in Parliament and various conventions but thwarted by the cultural forces; and traditional reactionaries. In addition to being morally right, achieving gender equality and empowering women is essential in the fight against extreme poverty, hunger, and malnutrition in rural Zimbabwe.

According to recommendations by the United Nations Development Programme (UNDP), in the poorest areas, equalising the possibilities for women and men could increase agricultural output by 2,5 to 4% and decrease malnutrition rates by 12 to 17%. The ownership of land and cattle, fair pay, participation in decision-making bodies, and access to resources, credit and the market, however, all confront severe discrimination directly and indirectly in Zimbabwe.

Both women and girls’ physical and mental health are increasingly at risk due to alarming rises in gender-based violence, transactional sex for food and survival, child marriage (where girls are compelled to drop out of school) and unpaid care and domestic labour. Cases of child marriages have been rampant in Zimbabwe, some resulting in maternal deaths of juveniles coerced into the institution of marriage because of poverty and food insecurity.

The overarching topic of the International Day for the Eradication of Poverty for the years 2022–2023 is Dignity for All in Practice. Not only is the dignity of the human being a basic right in and of itself, but it also serves as the foundation for all other fundamental rights. As a result, “dignity” is not a vague idea; rather, it belongs to everyone. Many people in poverty today witness the denial and disdain of their dignity, particularly rural women.

The 2030 agenda once more hinted at the promise made by the Universal Declaration of Human Rights by pledging to eradicate poverty, safeguard the environment and guarantee that everyone enjoys peace and prosperity. Stakeholders in their  quest for poverty alleviation in Zimbabwe should operate with this mandate in mind so as to deliver sound and transformative policies which include a gendered lense in the scope of food security and eradication of poverty.

Inequality and poverty are not unavoidable. They are the outcome of deliberate actions or omissions that violate the fundamental rights of the most vulnerable and marginalised members of our society and disempower them. People who are caught in extreme poverty find it more difficult to escape, and their humanity is denied, due to the quiet and ongoing violence of poverty, which includes social exclusion, structural discrimination, and disempowerment. Women empowerment is achievable despite the barriers, poverty alleviation is achieved through political will and food security is guaranteed through sustainable synergies between institutional  players.

Moreover, the evidence that is currently available regarding the socioeconomic effects of the COVID-19 pandemic does, in fact, point to a worsening of inequality and ongoing violations of women and girls’ rights, as well as to acutely disadvantageous circumstances that make women more susceptible to the effects of natural disasters.

Due to the informal and survivalist character of the economic activities that women engage in, there are reported increases in incidences of sexual and gender-based violence (SGBV) and financial instability. To promote women’s resilience and recovery in rural regions, it is imperative that policies and programmes address these gaps.

Rural women make up 56% of Zimbabwe's communal farmers. Although they frequently work in agricultural value chains, women rarely progress beyond subsistence farming. Many rural women had restrictions in their ability to participate in this sector due to transportation restrictions imposed in response to the coronavirus outbreak.

This worsened the livelihood deficiencies with ripple effects even up to this date when movement is allowed.

UN Women Zimbabwe conducted a gender assessment of COVID-19 and the countrywide lockdown process, which indicated that women reported a greater burden in caring for children, doing household chores, and carrying out other regular responsibilities at the household and community level.

These roles remained chained to them tightly even in the absence of lockdowns. The survey also revealed that, regardless of gender, rural poverty is characterised by a lack of access to resettlement, community, and commercial farming areas as well as to land, animals, farming equipment, and other necessities for effective farming. Women’s access to money and their participation in home spending decisions are related to gains in household food security and nutrition because they tend to spend a higher percentage of their income on family food than men do.

Despite women being the key figures in agriculture and food security, gender inequality is holding back progress towards ending hunger, poverty and creating sustainable food systems in Zimbabwe.  International Labour Organisation reported that 15% of landowners in developing countries are women and more than 40% of agricultural labour force are women. These statistics combined with the aforementioned issues are critical in food security and poverty alleviation initiatives. Therefore, empowering rural women has the potential to significantly benefit society as a whole since it can boost output, improve food security and nutrition, the economy, and future generations’ human capital, which will encourage long-term economic progress.

Let’s honour the contributions these global food system heroines have made on these three international days and demand that rural areas provide equitable chances for all. That way we can have food security and eradicate poverty.