What if nations fail on climate change adaptation? 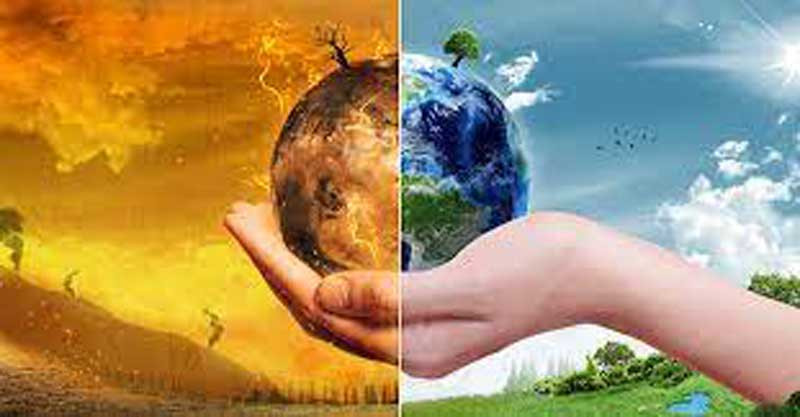 WHILE climate change adaptation is a key component of livelihood option recovery and resilience building, it is also central to global climate actions, solutions and healing. Despite all these essential co-benefits, there is a danger that, due to the escalating new waves of greenhouse gas emissions (GHGs), the world may soon find itself failing to adapt. Missing out on such critical global goals may not only be regrettable but tantamount to shame and misfortune.

Climate change adaptation remains the global cornerstone and pillar for saving lives, livelihood options and resilience building towards recovery and mitigations. The success of climate adaptation faces enormous threats from global emissions and untoward human activities failing to tone down considerably. From what is currently taking place globally in terms of revisiting of the once disowned fossil fuels and new waves of oil and gas explorations, communities may no longer have the same faith that they had invested earlier on when the decision to keep fossil fuels underground was gaining global momentum.

Furthermore, there is a rapid increase in the destruction of tropical rainforests, river basins, water resources and ecosystems around the globe, facing massive onslaughts from human activities such as deforestation, subsistence agriculture, industrial and commercial loggings, flooding, loss and contamination of freshwater resources, among others.

Developing countries also want to have a bite of the fossil fuel dividends hence they cannot wait to invest in oil and gas explorations, fully knowing the environmental and livelihood costs of such moves. At the same time, from the developed countries’ points of view, it is no longer necessary to continue keeping fossil fuels underground as they have to mitigate the effects of the Ukraine war, whatever that means.

Uncontrolled and untoward human activities have been unlocked and there is a renewed black carbon rush although nation can still afford to invest in the conference of parties (COPs) anyway. Whatever will be discussed there will not be in the interest of the environment and global adaptations but political self-centredness.

The role of tropical forests and river basins around the globe in the fight against climate change is under threat. This is not the time to propose appropriate response options and strategies to fight climate change but to perfect them. Water resources are being polluted and contaminated by industrial activities, in the name of development, including through siltation and land degradation, leading to the quality of water being affected making agricultural and reforestation adaptations difficult. For these reasons, who would successfully adapt?

The African continent with its vast freshwater resourced rivers is in danger of losing them through ecological damage on its water reserves and ecosystem services. More than 50% of Africa’s water resources are found in the Congo River Basin, with 1,325 billion cubic metres, Niger 200, Gabon 149, Cameroon 149, Zambezi, 104 and Nile 84 cubic metres, among others. Over the years, these water resources have been impacted by human-induced loss and damage including climate change and these resulted in spirited efforts to adapt.

Rapid biodiversity loss of flora and fauna species as well as their ability to provide goods and services to communities is regrettably undermined. When every community of nations is geared to destroy and expand in the name of development then who will remember adaption to climate change? Negative impacts of climate change are mounting faster while leaving less room for adaptation.

Many climate change impacts that are unavoidable are happening and will hit hard the world’s vulnerable populations which are supposed to adapt in order to change their lives for the better. The IPCC’s projections and scientific evidence never lie, people and ecosystems are in danger if they do not change their behaviour. The people’s ability to battle climate change through sustainable adaptations and reduce greenhouse gas emissions are in danger also from the failed climate leadership.

In this regard, nations are not demonstrating the desired ambition to rein in errant climate change behaviour yet they are preoccupied with issues of climate finance but not actual adaptation. The delivery of climate finance as compensation is laudable but will it be channelled towards its important use of adaptation. History does not lie in this regard and a leopard can hardly change its spots.

Climate change has not only impacted livelihoods but public health too, mental health in particular, causing a new wave of destabilisation. In this view, will the affected communities be in the right frame of mind to adapt.

Developing nations need to consider seriously contextualising climate-induced losses and damage currently unfolding in their backgrounds. Accounting for losses and damage is the best way to adapt and not to monetise. Adaptation is critical in addressing losses and damage hence nations should never be hoodwinked not to sufficiently adapt.

There is also a possibility that levels or limits to adaptation can be realised but that will not mean full adaptation will be realised. This would mean that people’s capacities and initiatives would have been exhausted. This is not good because adaptation opportunities need to continue building up and getting explored for the sustainable living that all nations envisage. Therefore, despite the renewed lust for fossil fuel production, nations should never lose focus on climate change adaptation.