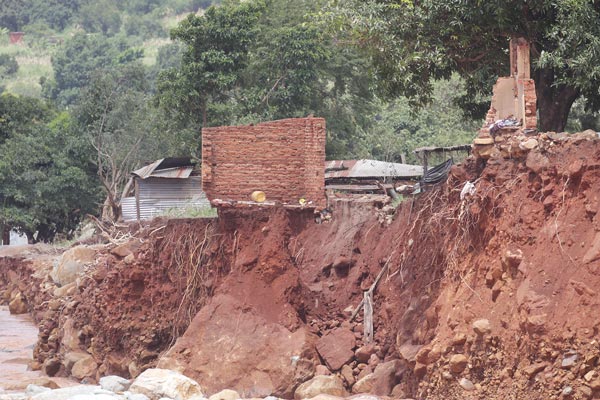 The ZIRP has brought together eight specialist United Nations agencies under one project, which is expected to last four years.

Speaking during a virtual Press briefing on Wednesday, World Bank disaster risk management specialist Nicholas Callender said that was the first time that UN agencies had worked together under one grant.

“ZIRP has been able to transverse the humanitarian-development nexus through a surge of high-impact, immediate interventions for enhancing the coping capacity of affected communities’ transition towards medium-term recovery,” he said.

These included the restoration of community productive capacities and rehabilitation of critical community infrastructure, across multiple sectors; and, interventions to reduce community hazard risk vulnerability through community level structural and non-structural rehabilitation development.

Callender said studies indicated that Chipinge and Chimanimani, which were the worst hit by Cyclone Idai, were still prone to climatic shocks.

“This is evidenced by Cyclone Chalane and Eloise that have made landfall in the same districts in the past year.”

He said it was, therefore, imperative that comprehensive resilience building be implemented to reduce vulnerability of these communities.

“Landslide mapping is a primary step for planning and preparation for future landslides. This proactive approach to disaster risk management will inform land use planning and feed into the selection of sites for resilience building,” he said.

According to research, Chimanimani and Chipinge districts fall within the most flood-prone areas in southern Africa and are highly susceptible to devastating landslides, with 20 000 active landslides currently mapped.

Kana, who was representing Hubert Gijzen, the Unesco ROSA regional director noted that the situation was becoming worse due to the impact of climate change, which increases the frequency of these extreme events, especially tropical storms and cyclones, as well as their intensity.

“Moreso, the Cyclone Idai disaster indicated that the area is susceptible to landslides hence the need to develop landslides susceptible maps which could be useful in land use planning, including identifying suitable areas for (re)settlements,” he said.

According to recent studies carried out in Chimanimani district, there are a number of indicators of climate change, which include declining rainfall, late onset of seasons, increasing mid-season dry spells, extreme temperatures and decreasing crop yields.