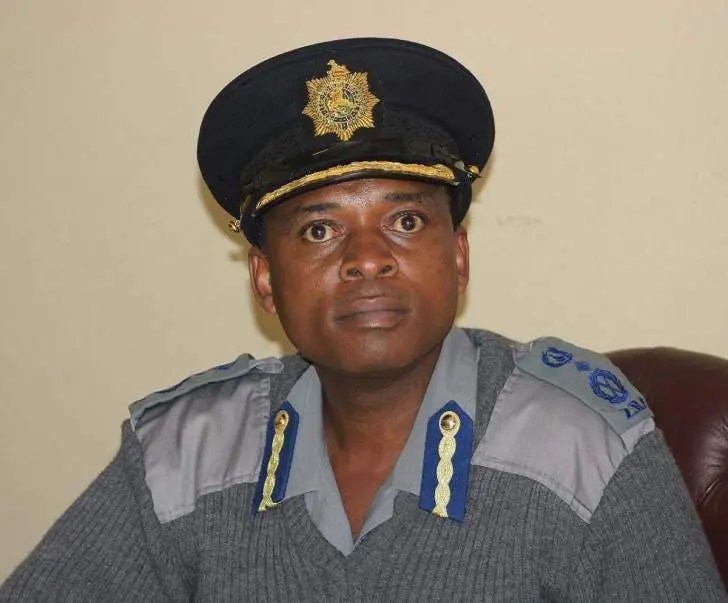 Makodza is facing charges of criminal abuse of office after allegedly influencing the awarding of a farming contract to his alleged girlfriend, Maonei Chapfudza in Mashonaland East.  He is represented by Tapiwa Makanza.

SUSPENDED police Commissioner Erasmus Makodza has attacked his boss, deputy Commissioner General Lorraine Chipato, and called her a liar for her testimony against him in court last week.

Makodza is facing charges of criminal abuse of office after allegedly influencing the awarding of a farming contract to his alleged girlfriend, Maonei Chapfudza in Mashonaland East.  He is represented by Tapiwa Makanza.

Recently, Makodza’s application for discharge at the end of the State case was dismissed by Harare magistrate Noel Mupeiwa who said he has a case to answer.

On Thursday last week, Makodza pleaded not guilty to the charges and accused Chipato of lying in her entire testimony.

“She (Chipato) also lied about procedures on engaging investors for the police farm.  The only truth she said is that the matter was administrative. I don’t know her motive or gain in lying to this court. The process she was referring to is not written anywhere in the police statutes,” Makodza said.

He said after his arrest, he went to police Commissioner General Godwin Matanga and told him that he was shocked by the move as the police had no case against him.

Makodza also alleged that Matanga said he was happy with the progress at the Mashonaland East police farm, where 28 hectares of land were now being utilised instead of the previous 4ha.

Makodza said one commercial investor, Chapfudza, his girlfriend, had also filed an application in 2017 to do a horticulture project at the farm.  He said he disclosed to the late Commissioner Moyo that he was acquainted with Chapfudza.

The accused police officer also told the court that he was not liable to disclose his relationships to investors as he had discretion to make decisions without notifying his principals.

He said he recused himself from signing the agreement between ZRP Mashonaland East Province and Chapfudza.

“I was never involved in the crafting of the document. The parties signed as witnesses on behalf of ZRP. I did not sign the document and I did not initialize the document,” he said.

Makodza claimed he had no consent to the document after recusing himself, but was indeed a director in the company owned by Chapfudza but later resigned.

On the cash received from Chapfudza, Makodza said he had loaned her money to kick-start the project, and the transactions were a refund of the loan.

He said he owns several businesses including Black Shark security, Tanaka Investments, leisure centres and several restaurants which bring him a lot of money.

Makodza then blasted the investigating officer Eric Chacha saying he did a shoddy job, resulting in his malicious arrest.

The matter was then postponed to December 3 for continuation.