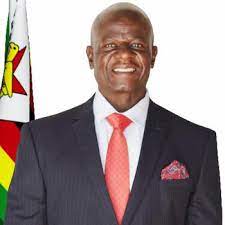 “Our target for houses directly built by the ministry in 2022 is 232 houses. These are the housing projects that will be directly implemented by the ministry and the breakdown is as follows Marondera 64, DZ 48, Binga 37, Senga 64, Lupane 19,” Garwe told NewsDay Weekender.

BY PROBLEM MASAU HOUSING Amenities minister Daniel Garwe yesterday said government had budgeted to build less than 250 houses this year, indirectly admitting to selling the public a dummy when it pledged 300 000 annually in the 2018 election campaigns.

“Our target for houses directly built by the ministry in 2022 is 232 houses. These are the housing projects that will be directly implemented by the ministry and the breakdown is as follows Marondera 64, DZ 48, Binga 37, Senga 64, Lupane 19,” Garwe told NewsDay Weekender.

If the plan was successful, over 1,2 million houses would have been constructed to date.

According to the Zimbabwe National Statistics Agency statistics released on Wednesday, Zimbabwe is facing a housing crisis that has left nearly half of its urban population of almost 5,7 million people living in rented accommodations.

The national housing backlog stands at over two million.

Vice-President Constantino Chiwenga even promised to build swimming pools for people living in Mbare flats just before the 2018 elections.

To date, not a single pool has been built.

Garwe added: “However, the ministry’s role in housing delivery is facilitating the construction of houses and pushing for the densification model in line with the housing policy by all players including private players, individuals, the banking sector, etc. That is how the Ministry will reach its targeted 225 000 housing units by 2025.”

In the 2019 Infrastructure Investment Plan drafted by the Finance and Economic Development ministry, government announced that it would invest US$264 million in residential housing construction.

Government announced it would devise a financing strategy to provide low-cost serviced land for housing development in partnership with the Infrastructure Development Bank of Zimbabwe and the Urban Development Corporation. Nothing has come out from the plan.

As the country heads to 2023 elections, political commentators warned the electorate to be wary of political parties that announce unrealistic promises.

“Zanu PF has a tendency of making fake promises to the voters. Remember, in 2013 they promised 2,2 million jobs and nothing came out. Political parties should stop taking the electorate for a ride. This is one reason that is creating voter apathy,” said political commentator Farai Gwenhure.