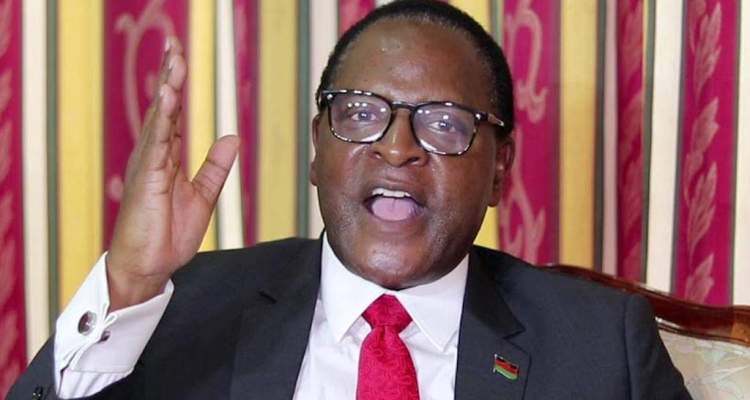 In a letter dated September 8, 2021, the 350 organisations pleaded with Chakwera and the Sadc to intervene and stop Mnangagwa’s push for a one-party State system through banning by-elections under the guise of enforcing COVID-19 safety protocols, and clamping down on vocal opposition parties and NGOs.

Also raised in the letter were concerns over the private voluntary organisations law that the government is on the verge of amending to silence the groups which have been vocal in calling for reforms and a stop to human rights violations in Zimbabwe.

“We continue to maintain our conviction, Your Excellency, that Sadc has a role to play in addressing the crises bedevilling Zimbabwe,” the organisations wrote.

“The sad indicators herein point towards regression, towards a closed and one-party State in Zimbabwe.”

“Your Excellency, we note with concern that the situation in Zimbabwe is moving towards total disregard of the will of the people and lack of respect for the Constitution,” the CSOs said.

The organisations said the smooth democratic processes that took place in Malawi, Tanzania and Zambia should inspire Sadc to act on Zimbabwe and ensure the country is shepherded into constitutionalism.

“It remains our position that the current abuse of State power in labelling all those with different views as terrorists and enemies of the State has been long-standing challenges for post-colonial Zimbabwe.”

The organisations said the media was under siege while the clampdown on CSOs was more prevalent than ever.

They said Mnangagwa had been on a rampage, disregarding human rights since becoming President at the back of a military coup in 2017.

The situation, they said, worsened in the aftermath of the hotly disputed 2018 presidential election in which he beat his closest rival, MDC Alliance’s Nelson Chamisa, by a wafer-thin margin.

The organisations said journalists, lawyers and political actors at the forefront of exposing illicit deals and corruption had been targeted for arrest and persecution, hence the need for Sadc to intervene.

On by-elections, the organisations accused the government of refusing to hold polls to fill vacancies created by recalls of over 40 MPs and more than 80 councillors citing flimsy excuses, describing that as a violation of the citizens’ rights.

“This amounts to an unreasonable usurpation of the universal suffrage right of Zimbabweans,” they wrote.

“If other countries like Malawi, Zambia and very soon South Africa are following their Constitutions in giving the governance of their countries to the hands of their citizens, why would Zimbabwe fail to organise and hold by-elections according to the law,” they queried.

Among the issues raised was the Mnangagwa administration’s failure to implement recommendations of the Commission of Inquiry into the deadly post-election violence of August 1, 2018, in which soldiers killed six people.

The commission, which was chaired by former South African President Kgalema Mothlante, recommended, among other things, the need for inclusive dialogue and holding the killer soldiers accountable.

They also red-flagged rampant corruption among the elite, especially those closely linked to the First Family.