Why Africans must become more Machiavellian 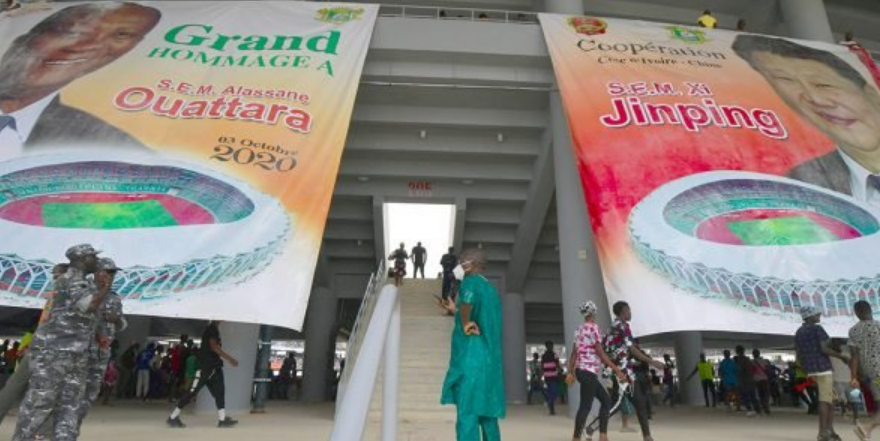 IN a world where digital lynch mobs hunt in packs and where anonymity unleashes the worst in people, to the point of forcing many frightened leaders to become followers, I highly recommend those who lead us to read (or reread) Machiavelli. Out of the long list of terms that are poorly used, the word Machiavellianism is top of that list, along with cynicism, whose definition has completely changed from its original meaning (all wisdom and freedom).

IN a world where digital lynch mobs hunt in packs and where anonymity unleashes the worst in people, to the point of forcing many frightened leaders to become followers, I highly recommend those who lead us to read (or reread) Machiavelli. Out of the long list of terms that are poorly used, the word Machiavellianism is top of that list, along with cynicism, whose definition has completely changed from its original meaning (all wisdom and freedom).

Nicolas Machiavelli was an outstanding realist and political thinker, and what he tells us in The Prince deserves to be engraved on every presidential palace’s frontispiece: “Fallen princes are those who, during the calm, did not worry about the storm.”

In other words, explains philosopher Roger-Pol Droit: “If the prince can only have one virtue, it should be the ability of knowing how to anticipate. When one foresees evil from afar, which is a gift only given to men possessing great sagacity, it is soon cured; but if, for lack of light, one has only been able to see it once it has stricken all eyes, then it is impossible to cure it. And there is nothing more to be done.”

How many of our leaders are able to spot the signs and act accordingly before the storm comes? I wish that African leaders would become Machiavellian!

Without limits Chinese leader Xi Jinping, Mao’s most powerful successor, draws his inspiration not from the 16th century Italian theorist but from a much older general and strategist, Sun Tzu, whose famous treatise The Art of War teaches us how to win without fighting.

Xi’s China is no longer that of Deng Xiaoping, the skilful “little helmsman” who — at the end of the last century — discreetly and pragmatically liberated China’s economy without provoking anyone. Xi exudes a self-confidence that borders on hubris against a backdrop of paranoia. Furthermore, he was at the head of a nation that is both bright red and wildly capitalist, a synthesis that the West thought would be impossible to achieve between these two seemingly incompatible ideologies.

In fact, it marked the centenary of the Chinese Communist Party (CCP) on July 1, amid a climate of ideological orthodoxy and unbridled nationalism. These celebrations were held in all of the world’s capitals — particularly in Africa — and consisted of numerous ceremonies, conferences and commemorations led by zealous diplomats, the famous “wolf warriors.”

The message dispatched from Beijing throughout the continent on this occasion has been the same for more than 20 years.

Unlike the West, China has never been a coloniser, it was dominated and humiliated for a century and a half by the very people who subjugated Africa. But thanks to the CCP, it has been able to rise up and become the world power that it is today.

Despite this, it neither nurtures nor will it ever nurture imperialist designs towards its “brothers” in the South for the very simple reason that this kind of ambition is neither in the genes nor in the culture of the Chinese people. Especially since, as Xi repeats, China will “forever” be considered a developing country — “with Chinese characteristics.”

This last clarification is important. It means both that the Chinese model does not pretend to be exportable — unlike the Western model — and that, in essence, Xi has few illusions about his country’s image, especially in Africa.

Despite the best efforts of the Confucius Institutes and Mandarin schools that are spreading across the continent, Beijing’s leaders know that their soft power will never be able to compete with the multi-faceted cultural attraction of Western liberalism, especially among the youth.

All the more so since — in addition to the stranglehold of debt and the degraded image of Chinese companies, many of which have no regard for environmental and social standards — African opinion is fully aware of the fact that the “diplomacy of masks” has only partially succeeded in concealing a vital piece of information: that COVID-19 originated from a market in Wuhan. Therefore, China does not aim to seduce, but rather to impress and captivate. And above all, it is becoming more and more influential on the world stage.

A recent US study has estimated that Beijing exerts a decisive economic, and, therefore, diplomatic, influence on around 80 countries. Among them are a majority of African States, which systematically align with China’s position in all international forums as soon as sensitive issues such as Taiwan, Hong Kong, Xinjiang and Tibet are brought up.

“There will be no external limits to Chinese power in the 21st century,” writes Hubert Védrine in his enlightening Dictionnaire Amoureux de la Géopolitique (published in May by Plon/Fayard), just as there are no limits to Xi’s presidential terms.

Anti-Western rhetoric Vladimir Putin also has time on his side — at least until 2036. The leader of the Kremlin spreads the same anti-Western rhetoric that has been fuelled by the very same feeling of humiliation — in this case, the disintegration of the USSR — as the master of the forbidden city of Zhongnanhai.

Europe and the US made the same error of judgment with regard to Russia as they did with China. They believed that its integration into the world capitalist economy would result in normalised relations and democratisation, according to the criteria that they had defined. They were also convinced that the pro-European current in Moscow would prevail over the Slavophile nationalist current and that the “new” Russia would passively accept losing Ukraine and Nato’s reinforced presence on its borders.

In the short-to medium-term, this ongoing rapprochement, this quasi-alliance between these two neighbouring empires that were once enemies within the socialist camp, will result in disastrous consequences for Africa.

Xi and Putin are facing the same opponent, the West, with different weapons. The Chinese have their economy and the Russians have their security operations and ideology. If these two powers come together to form a co-ordinated African policy, it will mean bad news for the continent.

Due to its companies’ lack of financial means and expertise (apart from the mining and energy sectors), the Russian offensive on the continent is both low-cost and carefully targeted, and is led by diplomats familiar with the techniques of the SVR — the foreign intelligence service.

Its purely security aspect is now well known, but its deployment in the field of media influence and cyber-warfare to win over public opinion is less so, because it is much more insidious. From the CAR to Senegal, via Mali, Côte d’Ivoire, Benin and Cameroon, Moscow creates, and often finances, TV series, websites and influencers, who claim to be nationalist, pan-Africanist and share a common hatred of France and its role on the continent.

“Useful idiots” Social media has its stars, who have tens of thousands of followers. They include the Swiss-Cameroonian Nathalie Yamb, the Franco-Beninese Kemi Seba, and Cameroon’s Banda Kani and Paul Ella. Their role models are (Thomas) Sankara, (Patrice) Lumumba, (Muamar) Gaddafi, (Jerry) Rawlings, (Laurent) Gbagbo and, ever since his latest anti-French outbursts, Senegal’s Ousmane Sonko.

African heads of State that are in trouble with Paris such as Faustin-Archange Touadéra, Paul Biya, Alpha Condé, Teodoro Obiang Nguema and Assimi Goïta are given special treatment on these endless, voluntarily conspiratorial programmes during which outrageousness rubs shoulders with fake news and where the likes of Emmanuel Macron, Alassane Ouattara and Macky Sall are vilified.

Recently, a debate was held on the Cameroonian channel DBSTV that centred around one particular question: “What will happen if Africa is at the heart of a great French plot in 2023?”

The idea that France’s mega military exercise “Orion”, which billionaire Baba Danpullo’s media claims is scheduled to take place in the first half of that year, is in any way linked to plans to “invade” Africa is utter nonsense. However, that doesn’t matter because such theories attract audiences and are shared all over social media, even by some within presidential palaces.

Of course, it is highly unlikely that these web activists have posted any criticism directed towards Putin’s, Xi or Recep Tayyip Erdogan’s African aims.

But to describe them as mere “useful idiots” of Moscow, Beijing and Ankara, as certain French chancelleries on the continent have done, is only partially accurate. Their discourse, which is tinged with bitterness and sometimes hatred towards the former coloniser, captures the frustrations felt by many Africans in the French-speaking world.

In their eyes, the France of today is the same as the one from 1960, which, in the cruel words of Pierre Messmer, “granted independence to those who asked for it least after having eliminated those who demanded it the most.” It has simply changed its mask and — barely — its method so that it can maintain its influence, which they consider predatory.

The “community of values” is a myth But aren’t the Chinese and Russians just as greedy?

No doubt. But at least they do not claim to impose their navel-gazing models of governance, their judicial unilateralism, their international criminal court and their variable human rights record, as the most authoritarian governments and unbridled anti-Western activists repeat in unison — amid a paradoxical confusion of judgment and interest.

It is time to realise that the inescapable “community of values”, of which the West is the natural and legitimate custodian, is a myth and that people will continue to have different opinions and beliefs despite the miracle of standardisation and widespread digital technology.

As the first French president to be born after African independence, Macron does not believe that it is his job to expiate the white man’s burden, but rather to wipe the slate clean of his country’s colonial past in the name of historical lucidity.

The problem is that African memory does not coincide with his own in many areas and that history on the continent remains a vortex from which ammunition is drawn for the battles and controversies of today and tomorrow.

The Russians and — more subtly — the Chinese have understood this perfectly well, to the detriment of a French “African policy” that lacks Machiavellianism (in the best sense of the word). – The Africa Report