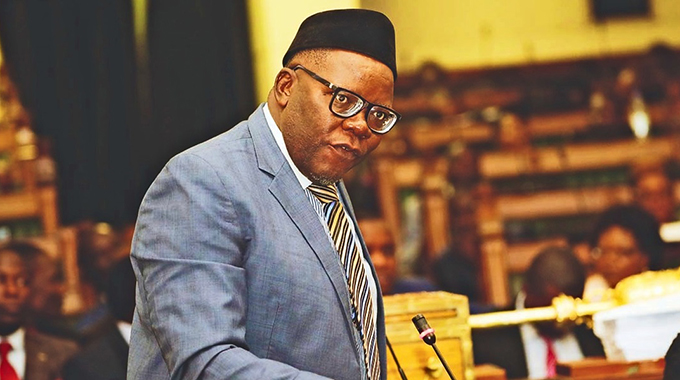 BY MOSES MATENGA THE High Court yesterday threw a lifeline at former Harare East MP Tendai Biti and five other legislators after ruling that their recent recall was illegal since the man who initiated it, Benjamin Rukanda, was not the legitimate People’s Democratic Party (PDP) secretary-general. High Court judge Justice Amy Tsanga ruled that Rukanda, […]

THE High Court yesterday threw a lifeline at former Harare East MP Tendai Biti and five other legislators after ruling that their recent recall was illegal since the man who initiated it, Benjamin Rukanda, was not the legitimate People’s Democratic Party (PDP) secretary-general.

Speaker of the National Assembly Jacob Mudenda on March 17 announced the six MPs’ recall on the basis of a letter written by Rukanda.

The letter was copied to the MDC-T, MDC led by Welshman Ncube, the Multiracial Christian Democracy, Zanu Ndonga, Zimbabwe People First and Transform Zimbabwe, which formed the MDC Alliance electoral pact ahead of the 2018 general elections.

The six were recalled after High Court judge Justice Sylvia Chirawu-Mugomba ruled that the PDP faction led by Lucia Matibenga had the capacity at law to recall PDP MPs and councillors sponsored by the MDC Alliance led by Nelson Chamisa.

The MPs’ lawyer Tonderai Bhatasara said the High Court declared that Rukanda had no power to recall anyone as he was not a member of the party.

“It has set aside the letter by the impostor in which he recalled councillors and MPs,” Bhatasara said.

“That letter is of no consequence and effect. It has also declared that official communication of PDP will come from the president and secretary-general, Settlement Chikwinya so basically all these machinations that this character has been doing have since been stopped.”

He added: “He is not secretary-general or member of the PDP. He left when they were fighting over joining the MDC Alliance and joined the Rainbow Coalition Alliance led by Joice Mujuru. He has no locus standi to recall anyone from another party.”

It also emerged that Rukanda participated in the July 2018 polls as a member of the Rainbow Coalition Alliance.

On how the ruling will affect the standing of the recalled officials, Bhatasara said: “The declaration is a declaration of a nullity of a letter so it means everything that was done pursuant to that letter is of no force or effect.

“I will have to receive instructions from my clients so that we assert the other rights against the other parties like Parliament, Speaker of Parliament and so on.”

The opposition MDC Alliance said the ruling will see Biti and the five MPs returning to Parliament a day after the MDC-T led by Douglas Mwonzora had replaced the former Finance minister as chairperson of the Public Accounts Committee by Gweru Urban MP, Brian Dube.

Chamisa has lost 41 MPs after they were recalled by the MDC-T led by Douglas Mwonzora since last year after the Supreme Court ruled in March that he was not the bona fide leader of the MDC-T.

Challenges by his MPs to the recalls are yet to be heard.