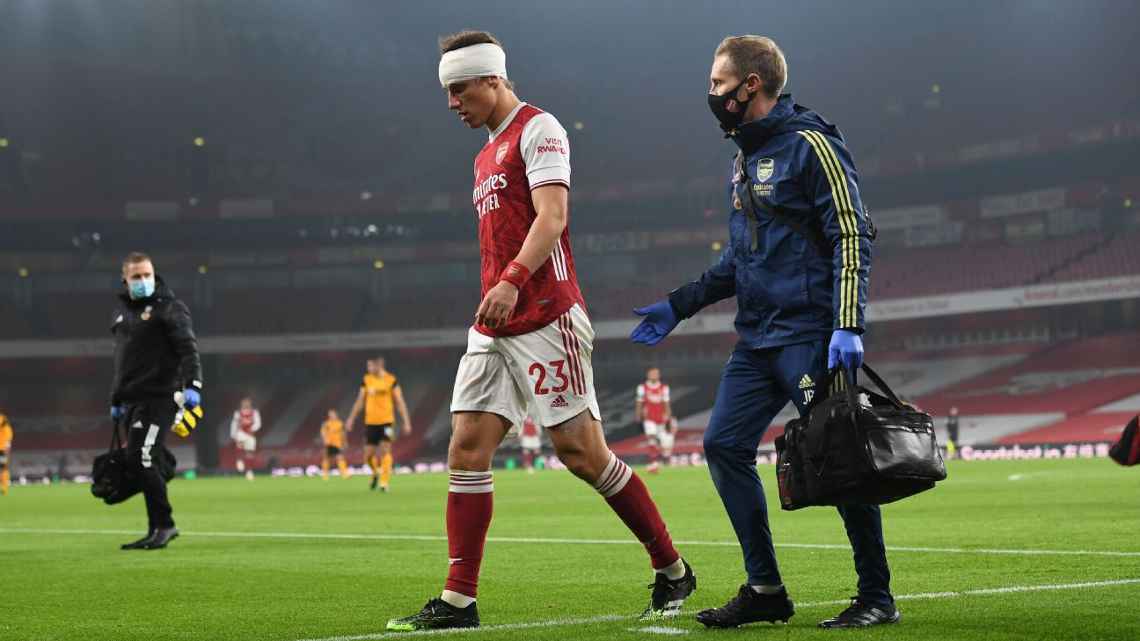 The Football Association will bring in permanent concussion substitutes at the earliest opportunity after The International Football Association Board (The IFAB) approved global trials on Wednesday. It comes after extensive discussions by The IFAB’s Concussion Expert Group, which consists of medical concussion experts, team doctors, player representatives and coaches, agreed upon an “if in doubt, […]

It comes after extensive discussions by The IFAB’s Concussion Expert Group, which consists of medical concussion experts, team doctors, player representatives and coaches, agreed upon an “if in doubt, take them out” philosophy. Trails will begin in January and run through to March 2022, when the IFAB will analyse the results.

Premier League clubs are expected to hold a vote on Thursday and joined the FA in allowing each team to have up to two concussion subs in each game. If a team is forced into to a change, the opposition will be granted an additional substitute to use.

An alternative trial option put forward by The IFAB would give only one concussion substitute per team, but the opposition would not be allowed to make another change too.

“Whilst two suspected concussions on one team are incredibly unlikely, it is nonetheless a possibility,” FA CEO Mark Bullingham said. “So we think having an option where that’s possible is better. There are pros and cons of both models but the advantage of the model where you can have substitutes coming on for the other team, we think is fairer.

“We don’t think that the team should gain advantage from someone going off with a suspected concussion. We think that actually the other team having a substitute is fairer.”

Any national association or competition around the world, at any level, can hold trials but must wait for the official paperwork from The IFAB on protocol, but they are set to begin in January. The FA will introduce concussion subs in the third round of the FA Cup on the weekend of Jan. 9 if possible, but it may have to be delayed to the fourth round on Jan. 23 if the documentation is not received in time.

The FA has confirmed trials will be held in the Women’s FA Cup, while the Women’s Super League has also committed to them.

An FA statement read: “The Football Association welcomes today’s announcement from The IFAB to approve the trials of an additional permanent head injury substitute. Player welfare is of paramount importance and The FA has played an active role in lobbying for the IFAB to support the introduction of head injury substitutes within the rules of football.”

FIFpro, the players’ union, had wanted the IFAB to bring in temporary substitutes for a 10-minute assessment period but it was decided that player welfare issues meant permanent substitutes would be safer.

“There’s two stages to the assessment of a player, one is: could they be concussed? And that is a decision that they always has to be made quickly on the pitch,” said Dr Charlotte Cowie, the FA’s Head of Medicine. “The second one is a confirmation as to whether you think that they are concussed or not. And that is made off pitch and where there’s a temporary substitute that is made in 10 minutes with a possibility that the end of that 10 minutes, they go back on the pitch again, which is a very pressured decision potentially.

“The risk of the temporary substitute the data we have from world rugby from their assessment of protocols in terms of temporary substitutes suggests that the false negative rate is around 15%. So you’re talking about 15% of players who got sent back onto the pitch, who it turned out later did actually have concussion. And that’s what we’re trying to avoid.”

Arsenal boss Mikel Arteta backed the idea after David Luiz injury an sustained after clashing heads with Wolverhampton Wanderers striker Raul Jimenez on Nov. 29. Jimenez was taken off the pitch on a stretcher and later underwent an operation on a fractured skull. Play restarted 10 minutes later and Luiz was allowed to continue playing with his head bandaged before being substituted at half-time.

The FA also confirmed that five substitutes would be allowed in its competitions for the rest of the season. It comes after the IFAB extended the temporary measure to allow all domestic competitions to use five subs through to the end of 2021, and for international competitions to the summer of 2022. The dates will be reviewed again at the next IFAB meeting in April.

Bullingham said he was surprised that the Premier League was one of the only major competitions in the world not to use five substitutes in a calendar truncated by the coronavirus pandemic.

“We recognise it’s been a short preseason, we recognise we’re in a very congested season now and we feel it’s appropriate to have the ability to have five substitutes and we’ll be applying that to our competition,” Bullingham added. “In terms of the Premier League, that’s obviously something for the Premier League clubs to decide on.”

“Would we prefer it if the Premier League brought in five subs? Yes, we would prefer it. Is that our decision? No, it’s not and we understand there are arguments both ways and we understand people’s reluctance to bring something in midseason. It is something that, I’m sure, will continue to be reassessed. But our preference would be to see five subs.”

Clubs are expected to vote again on five subs at the meeting on Thursday.

Information from Reuters was used in this report. – ESPN FC