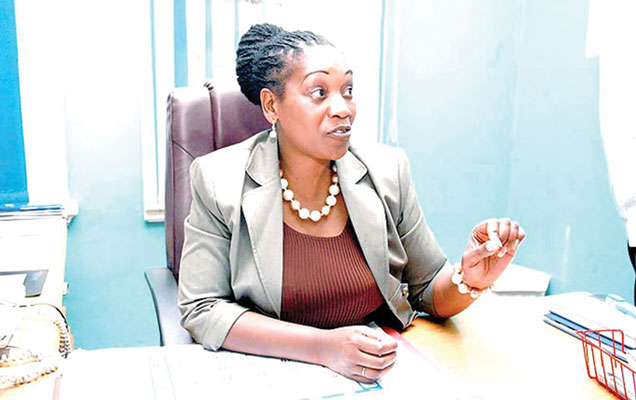 Rushwaya, who is also a former Zimbabwe Football Association (Zifa) chief executive, was nabbed after it was discovered that there were gold bars in her hand luggage during scanning. Airport authorities then alerted the Criminal Investigation Department (CID) detectives from Minerals, Flora and Fauna Unit, who then intercepted her luggage as she was about to check-in.

National police spokesperson Assistant Commissioner Paul Nyathi yesterday confirmed Rushwaya’s arrest. “The ZRP confirms the arrest of Henrietta Rushwaya at Robert Gabriel Mugabe International Airport after scanners at the airport checkpoint showed that there was something in her hand luggage,” he said.

It is alleged that detectives were tipped off about Rushwaya and they put her under surveillance. They then alerted the Civil Aviation Authority of Zimbabwe to pay particular attention to her luggage.

When the scanners picked up the gold, officials alerted the detectives who searched her bag in her presence. An estimated six kilogrammes of gold worth US$366 000 was recovered.

On being questioned, Rushwaya allegedly indicated that she obtained it from one Ali from Alexandra Park, Harare, whom she alleged was a licensed gold buyer under the name Ali Japan 786 Private Limited, but failed to produce supporting documents.

She alleged that she had been instructed by Ali to deliver the gold to an unidentified person at Dubai Airport. She is expected to appear at the Harare Magistrates’ Courts today.

Rushwaya rose to the helm of ZMF, a grouping of small-scale miners in the country, after a protracted legal battle with a group of artisanal miners from Zvishavane and Mberegwa, who argued that she had bribed her way to the top.

The dispute was settled by the Supreme Court which ruled in her favour.

Rushwaya is not new to scandals and was fingered for match-fixing in the infamous 2013 Asiagate scandal. She was acquitted by the courts in 2016. However, she still remains banned from partaking in football matters.