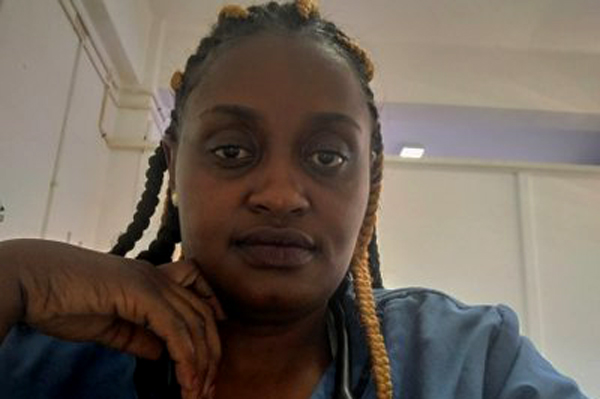 A MEDICAL doctor employed by the Health and Child Care ministry at Beitbridge District Hospital has publicly declared her poverty and begged for help via Twitter.

A MEDICAL doctor employed by the Health and Child Care ministry at Beitbridge District Hospital has publicly declared her poverty and begged for help via Twitter.

“It is the truth, I have nothing. Food here (in Beitbridge) is bought in South African rands and I cannot afford that. I am accepting anything,” she told this publication soon after her message went viral on social media on Saturday.

“My name is Dr Sandra Kudzai Wayerera currently working at a district hospital in Zimbabwe.”

“I am looking for any kind of donation. Nzara yavakundikunda. Vakuru vakati ukanyara haugwaze, ndabvisa nyadzi dzose ndikauya pano kuzokumbirawo rubatsiro. (I am starving. An old adage says who dares wins, I have swallowed all pride to come here and ask for help). I am a breadwinner and many people are looking up to me but hazvisi kubatana (I am failing to make ends meet). Your assistance will be greatly appreciated. My EcoEash number is *****. Thank you,” Wayerera posted on her Twitter handle.

She is indeed one of the five medical doctors at Beitbridge District Hospital, two of whom are female.

The situation faced by Wayerera is, however, not unique to her alone.

Medical doctors had a protracted war with government over remuneration until Higherlife Foundation, the philanthropic arm of the Econet founder Strive Masiyiwa, came to their rescue. They have also been pressing for supply of drugs, hospital equipment and personal protective equipment.

The leaders in this country including the late President Robert Mugabe, incumbent Emmerson Mnangagwa and his two Vice-Presidents Constantino Chiwenga and Kembo Mohadi seek treatment outside the country while neglecting local facilities that have become death traps for Zimbabweans.

“Her situation is sad and if doctors are this neglected what more of a common person on the street,” a Zimbabwean who is in the United Kingdom said on Twitter.

In Beitbridge, most civil servants are on the brink of starvation and cannot afford food now priced in rands in most shops.

Civil servants who rely on rented accommodation have to source rands to pay rentals.

Recently, the Defence and War Veterans deputy minister Victor Matemadanda came under fire for his government’s improverishment of medical doctors.

Matemadanda had gone on Twitter announcing his donation of food hampers to doctors at Gokwe District Hospital, but former Health deputy minister in the 2009-13 government of national unity Henry Madzorera slammed the Zanu PF-led government for allegedly allowing doctors to become destitute and live on handouts from top officials.

Beitbridge East legislator Albert Nguluvhe (Zanu PF) said he would engage Wayerera, but had reservations on how she put her issue across.

“She jumped the protocol she must have followed procedure,” Nguluvhe said. Some residents, however, said hunger knows no protocol.