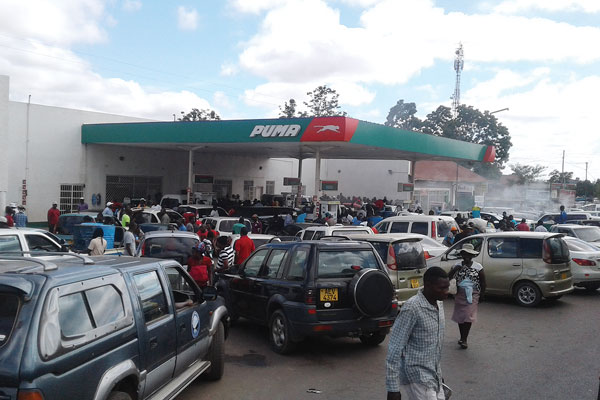 THE Zimbabwe Energy Regulatory Authority (Zera) has for the second time extended the duration of fuel licences by one month, saying it is consulting with its stakeholders on the new framework, sparking anxiety among players.

THE Zimbabwe Energy Regulatory Authority (Zera) has for the second time extended the duration of fuel licences by one month, saying it is consulting with its stakeholders on the new framework, sparking anxiety among players.

Fuel dealer’s licences, whose lifespan is one year, expired on December 31, 2019.

The fuel regulator communicated the move to fuel players through a circular dated January 31, gleaned by NewsDay Business.

“Please be advised that the validity of the petroleum sector licences has been further extended to February 29, 2020. Zera will advise of any changes before the new expiry date,” Zera said.

Fuel dealers fear that the energy regulator will increase the fees to obscene levels and elbow out up-and-coming indigenous operators.

The delay in issuing fuel import licences has created anxiety among indigenous fuel players, who feel that a stage has been set to hike fees, a move that will weed out small fuel dealers and create a monopoly in the sector.

Zera acting chief executive Eddington Mazambani said the extension was influenced by the need to continue with consultations with players.

“We are still to finalise the 2020 licensing framework consultations with relevant stakeholders,” Mazambani said. Efforts to get a comment from the Indigenous Petroleum Association of Zimbabwe (Ipaz), a grouping of local fuel companies, were fruitless yesterday.

Sakunda and Redan were some of the key members of Ipaz until they were taken over by Singaporean-based Trafigura group, one of the world’s leading commodity trading companies, and Puma Energy — which are related companies — respectively.

Zera increased fuel prices last month for the first time in two months to $19,55 for diesel and $18,28 petrol. The vital liquid has remained short on the market, with desperate motorists spending hours in long winding queues countrywide.

Mushrooming unregistered fuel dealers have taken advantage of the fuel crisis to sell fuel on the parallel market predominantly in hard currency.

Mangudya blamed the spike in demand for fuel to the growing vehicle population in the country, which has jumped 50% to 1,8 million as of 2018.

To benefit from huge volumes of fuel shipped in the country, Treasury in the 2020 budget resolved to ring-fence 5% of fuel excise duty revenue collected on fuel towards the construction and rehabilitation of the dangerous Beitbridge-Harare-Chirundu Highway.