Zimura under fire from musicians 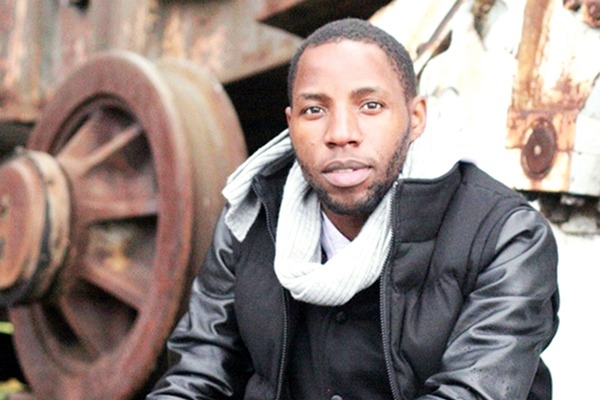 SOUNDTRACK: PLOT MHAKO ARTISTES’ earnings have continued to be eroded by inflation since the reintroduction of the Zimbabwe dollar.

ARTISTES’ earnings have continued to be eroded by inflation since the reintroduction of the Zimbabwe dollar.

The number of live gigs keeps getting fewer with promoters battling a series of flops owing to the very volatile economic environment which is taking a toll on most artistes and concert organisers. The economic recession directly affects the livelihood of artistes, their work and growth especially in an already underfunded environment.

Artistes have for long been urged to adopt a business approach to music to ensure multiple revenue streams and a sustainable career.

Music royalties and copyrights are complex subjects and in Zimbabwe this has been a thorny issue for a very long time with conversations happening in the corridors of the music industry, but some argue that there is no industry to talk about.

A lot of artistes are wallowing in abject poverty and some die paupers despite having made great music that got widely consumed owing to a falling revenue base and the non-availability of other sources of revenue.

With the corporate world equally reeling under the prevailing economic environment, budgets for activities that involve artistes are quick to be cut. The government has not been financially supporting the sector save for a few State events.

For years, the Culture Fund of Zimbabwe was the backbone of cultural and creative funding in the country, injecting an average of a million United States dollars to at least 40 projects a year.

This support in addition to funding from development agencies and embassies gave a lifeline to most artistes and projects, but sadly most failed to evolve and create sustainable models that kept them running when the funding stopped or was reduced.

These and many other struggles have not deterred the fast-growing Zimbabwean music industry whose numbers continue to multiply daily. Quality also continues to improve with the emerging of new talent and holding of festivals. Despite all this, the struggles stifling the growth of the industry continue to mount.

It is much easier to become a musician in Zimbabwe now than before owing to the opening up of space, the non-existence of an artiste and repertoire (A&R) system that ensures quality at most recording companies and the advent of new technologies that have made production faster, easier, cheaper and more accessible.

The internet has opened new avenues for artistes to market and sell their content to a global audience and has given them power to control and monetise.

Platforms such as YouTube, iTunes, Deezer and Spotify are some of the many channels that are being used to distribute music and videos online as well as selling them on behalf of artistes.

Gone are the days of record bars, as the internet is the new marketplace.

Sadly in Zimbabwe, artistes still face challenges such as high data costs, difficulty to access virtual payment systems such as Visa, Master Card and Paypal since the re-introduction of the Zimbabwean dollar.

Most creatives, especially those based in the diaspora rely on middlemen to share and sell their works online.

This has resulted in artistes being duped and losing thousands of dollars monthly to middlemen who upload content on their behalf and never remit any revenue despite making rich pickings from the music and videos.

Forget street piracy, while this still remains a major problem for artistes and producers, the internet has the biggest pirates preying on unsuspecting artistes as some simply download and re-upload without the creator’s consent. At times it is done in the name of exposure and promotion.

If artistes are not educated on their online music rights they will continue to suffer at the hands of digital piracy.

Back in the day artistes who enjoyed great airplay on radio would smile every year to the bank after receiving paycheques from the royalties collection body — Zimbabwe Music Rights Association (Zimura) — which was established in 1982 to collect and manage revenue on behalf of music composers and publishers.

Now the country boasts of 17 commercial radio stations and one internet radio — an increase from the previous four State-owned. The development was well-received by artistes as it opened up space for more new voices.

Unfortunately, some artistes are owed royalties from as far back as 2014 or 2015. The situation has slowly been brewing tension between the body and its more than 3 000 members.

Music royalties are payments that go to recording artistes, songwriters, composers, publishers, and other copyright holders for the right to use their intellectual property. Songwriters, publishers, record labels and performance artistes receive royalties each time their content is used.

Locally, Zimura’s role is to protect the performing rights of authors and collect royalties on their behalf. It also renders a valued service to music users by providing them with a single central platform where applications are made by anyone wishing to perform in public or broadcast or relay music via a diffusion service.

As such, no one is allowed to conduct a public performance of music without the permission of the author. Acting to the contrary amounts to infringement of copyright.

Zimura has over the years been failing to get payment from broadcasters who are the main users of content with most citing viability challenges.

Artistes’ patience seems to be fast fading as evidenced by recent developments. Music producer and fully-subscribed member of Zimura, Lazarus Chapo, took to social media a few weeks ago protesting a 433% hike in artistes’ registration fees to $800 which he said was grossly insensitive for a body that is failing to pay royalties with some artistes including him owed from as far back as 2014.

Chapo further lashed out at the body during a live interview on Earground which had Zimura’s deputy director Henry Makombe participating.

Makombe was adamant that the body was operating above board and everything was professionally done, but cited the increase in operational costs as the reason for the registration fee hike and blamed the failure to pay artistes’ royalties in time on defaulting broadcasters.