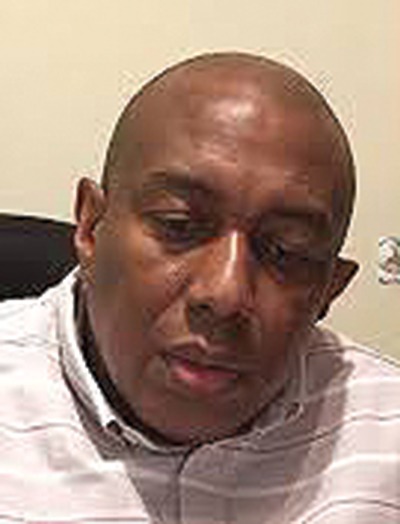 There is a way in which a new day opens with the pregnant promise of new possibilities, and opportunities for higher levels of success. With some luck, people on a team, in an organisation, or institution, may even attain the benchmarks that have previously seemed elusive.

There is a way in which a new day opens with the pregnant promise of new possibilities, and opportunities for higher levels of success. With some luck, people on a team, in an organisation, or institution, may even attain the benchmarks that have previously seemed elusive.

Author of Atomic Habits, James Clear, simplifies the choice: “I do not think there is something about imposing limits upon yourself. Basically, if you commit to nothing, you’ll be distracted by everything.”

Business leaders thus agree that one of life’s timeless lessons is the challenge of focusing on the value of each day.Not even Artificial Intelligence (AI) can, or should hinder, the need to pay more attention to what is described as “uniquely human.” I am heartened by the intimation here that AI will not, after all, totally overrun human life.

Commenting on “How to Improve Employee Engagement,” consulting firm Development Dimensions International (DDI), reports that “among all engagement factors, employees reported that they were most satisfied with their co-workers, their workspace and their commute”.

In similar themes, Ferda Erdem, Janset Ozen and Nuray Atsan, have a trending research paper entitled The Relationship between Trust and Team Performance. They argue that “infrastructure components of policies and procedures relating to selection, training, development, supervision, etc, should recognise that building trusting relationships is a key part of the management agenda.”

Further, their paper says “an increase in trust among colleagues leads to higher instances of team performance,” and happily, “a decrease in critical quality errors”. The research team calls trust a “hygiene factor” because a “collective effort that is not based on trust,” leaves team members unable to explain their ideas fully and sincerely, unable to display their actions intimately, and refraining from helping other teammates.

“Where there is a lack of trust, there will be failings in communication, delegation, empowerment and quality.”DDI also notes that “for leaders and organisations to succeed with AI, it means continuing to grow essential human skills such as communication, empathy and trust, which our research shows cannot be mastered by AI now or in the foreseeable future.”

Josh Epperson of Navalent Consulting similarly contends that “trust is a firm belief in the reliability, truth, ability or strength of someone or something. It’s what draws you to another’s thoughts, ideas and beliefs — it’s what bonds you. Trust also enables debate, disagreement and collective outcomes while keeping the relationships intact.”

“When people don’t contribute to the discussion or pay attention to what’s being said, the team fails to reap the full benefits of convening, and the meeting wastes everyone’s time.” Epperson is concerned that many organisations still “endure the triple whammy of meetings that are too frequent; poorly timed and badly run, leading to losses in productivity, collaboration and well-being for both groups and individuals.”

While meetings are unavoidable, it is the other label attached to them that concerns companies; namely, that meetings are time wasters. Ashley Stahl says: “Nine out of 10 people daydream during meetings, and 73% of employees admit to multitasking during meetings.” Apparently, one of the reasons is that a mere “37% of meetings use an agenda”.

A Harvard Business Review study reported that “62% of respondents said meetings miss opportunities to bring teams closer together. If your meetings fail to create closeness, your team’s performance will gradually erode.”

Stahl employs the following illustration to emphasise the cost and benefit of meetings: “Walking indoors, even on a treadmill staring at a blank wall sparks far more creative solutions and thoughts compared to someone sitting down.”

Founder and chief executive officer of Elsey Enterprises, Wayne Elsey, makes the following appeal: “Not all meetings have to be a pain. In our team, we have a countdown clock to ensure that our sessions don’t end up going down redundant paths. When you have a countdown clock…everyone feels that their time is respected and that they’ll be able to get back to their work.”

After all is said and done, it seems possible that organisations and institutions, and their employees, can avoid the pernicious and often prejudicial act of pulling in different directions.

By The NewsDay Aug. 19, 2022
Ukraine is having problems with American weapons

By The NewsDay Aug. 19, 2022
Ukraine is having problems with American weapons