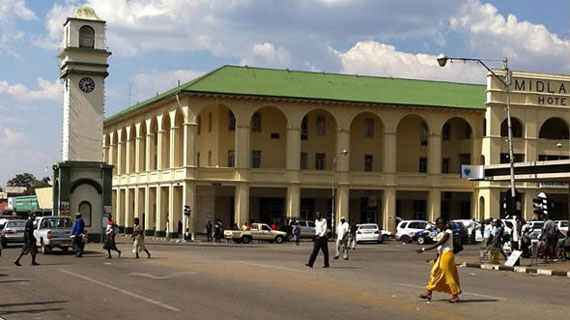 THREE companies have shown interest in renting the Gweru mayoral mansion with one of the bidders successfully meeting requirements laid down by council, an official has said.

THREE companies have shown interest in renting the Gweru mayoral mansion with one of the bidders successfully meeting requirements laid down by council, an official has said.

Council spokesperson Vimbai Chingwaramusee said the local authority was evaluating the submissions made by the company before making a determination. However, she would not divulge the name of the company.

“Three companies responded to the expression of interest (in the mayoral mansion) and we then asked them to submit their technical and financial details,” she said.

“Out of the three companies only one (company) submitted the details and we are still evaluating the submissions before we make a decision.”

Recently council announced that it had plans to turn the 20-roomed mayoral mansion into an accommodation and events centre in a bid to boost revenues for the cash-strapped local authority.

Council made the resolution four years ago. The mansion has been lying idle since the departure of then mayor, Sesel Zvidzai in 2008, but the project stalled after there were proposals for town clerk Elizabeth Gwatipedza to use it as her residence.

The move to turn it into the town clerk’s residence was resisted by residents and council abandoned the plan.

The mayoral mansion is one white elephant that Gweru has for years been urged to exploit to sustain the local authority’s successive budgets, as the city’s coffers remain low due to dwindling income streams.

At one point, council tried to lease out the property for $3 000 per month to interested tenants, but found no takers.