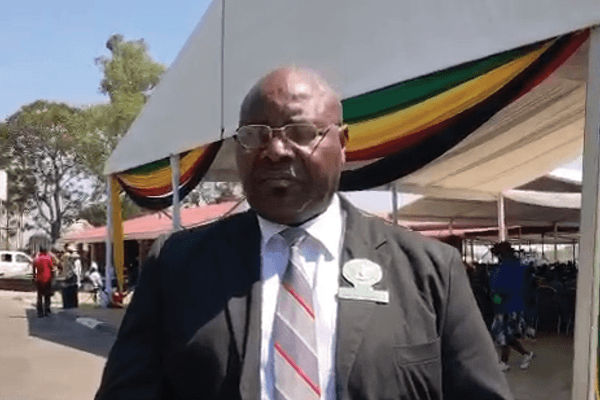 The late former President Robert Mugabe, who passed on 10 days ago, has courted controversy even in death with speculation over his burial, place of burial and his place in the history of Zimbabwe.

The late former President Robert Mugabe, who passed on 10 days ago, has courted controversy even in death with speculation over his burial, place of burial and his place in the history of Zimbabwe.

ND: Headman Dununu, allow me to express our condolences on the passing on of your clansmen. Can you just take us through how the former President related with the people of Zvimba?

HD: He was a normal boy, a good guy, well-disciplined and a man who did not associate with crime and any other bad things. He was a disciplined man with humility. He was a person who did almost all household chores as expected for boys of his age, including herding the family’s livestock.

ND: How has the community received the news of his death?

HD: It was horrible; it took us by surprise. We thought he would get better when he travelled to Singapore for check-ups. But since he was ill for some time we said okay, God has made a ruling, but we were all shocked by the news.

ND: I understand that you played a role in deciding where the former President would be buried. How did you come to the decision of burying him at the National Heroes Acre?

HD: Everything that we do, we consult our ancestors as per our tradition. If that tradition is not followed, then it is going to be a problem. It was the tradition that we wanted followed and it has been followed. Even there at the Heroes (Acre), according to our traditional boundaries it is Zvimba because our boundary is Seke which is encroaching near where the old Parliament is.

ND: Can you give us the major highlights of the steps you took before you made the decision to bury him at the national shrine, were there any sticking issues before you arrived at that decision?

HD: There were no major issues, but it was because he was someone who was very open, he wanted to be buried here at his homestead, but we took a decision as a family.

ND: When Mugabe came home during weekends, how did he interact with his people?

HD: Very social. Even the village heads met him, he would walk around without body guards.

ND: We have known him to be surrounded by State security agents, was that the situation in his home?

HD: No, it was not like that, he was very free. Very free as long as he was within the premises, especially when he came here in Zvimba. There was not even any problem or any conditions set for us to meet him.

ND: Earlier on, you mentioned that he wanted to be buried in his rural home, why did you defy the wishes of a dead man?

ND: There have been rumours that there were fierce fights between the family and the government; you were inside the cockpit and deeply involved in the debate, can you please shade light on that?

HD: No, that is absolute nonsense! We do not play around with a dead man. But we have to collect the information from both angles; the wife (former First Lady Grace) had some information and the other guys also, so we had to put the information together and discuss among ourselves and consider the common denominator given the diverse versions concerning his burial place.

ND: How does it feel to have made the decision on the burial of a person who is considered the founding father of this country?

HD: It does not feel special to us; we are Mugabe’s fathers and we grew up together, our forefathers and our fathers grew up together. He knew us and we knew him and it’s not like we would be afraid of him. Yes, he was a popular man, but we follow what our ancestors used to do.

ND: Take us through the programe today, his body was supposed to be brought here (at Kutama Mission) today (Sunday) and lie in State, but it’s not coming, can you tell us what is going to happen?

HD: The body will be brought to Murombedzi tomorrow (today) at 11am. We had a State funeral service at the National Sports Stadium on Saturday, two days at Rufaro Stadium, so we thought we should spare this day and come tomorrow so he will be here tomorrow (today).

BM: What is the significance of him coming here?

HD: This is where he was born and it is his rural home. In our culture, it is where his umbilical cord was buried. That is why his body is being brought here first and then has to be buried at the National Heroes Acre.

ND: When Mugabe was removed from power, how did it feel for his kinsmen in Zvimba?

HD: We felt betrayed, but at the end, as family, we said let bygones be bygones because it is not the family who put him there, it is the party (Zanu PF).

ND: Was there any reconciliation after the betrayal?

ND: Are you confident that tomorrow (today) the body of the former President will be here?

HD: Unless there are unforeseen technical issues, yes, he will be here. If there is no major issue what will stop that from happening, because we will have him from now until he is buried.

ND: What do you mean by until he is buried?

HD: He will be buried as soon as the building process of the shrine is finished at the National Heroes Acre.

ND: Do you know how he is going to be preserved until that time because some have said it is going to take up to 30 days for the construction to be completed?

HD: That is up to the technicians who will be responsible. We are not going to disclose how his remains will be preserved during that time.

ND: There is an issue of the private burial, can you tell us how that is going to happen at the national shrine?

HD: When it’s said to be private, it’s clear how it will proceed. We are going to do it the traditional way. Since he was in the line of chiefs, I think you know what happens when a chief passes on.