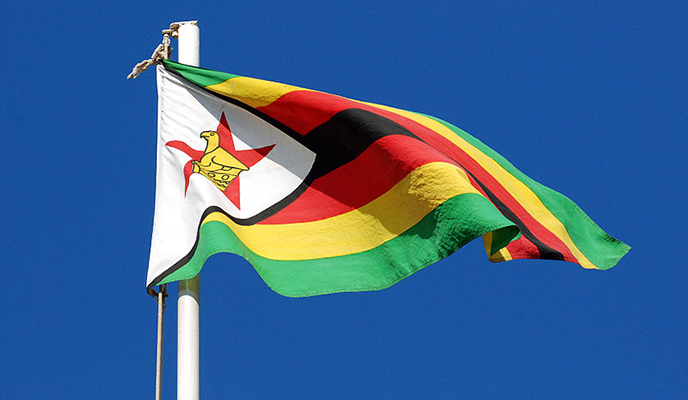 Zimbabwe is in crisis. With 18-hour daily power cuts, water shortages, long fuel queues and a food security calamity that the United Nations calls the country’s “worst ever hunger crisis,” the nation is at a tipping point.

Zimbabwe is in crisis. With 18-hour daily power cuts, water shortages, long fuel queues and a food security calamity that the United Nations calls the country’s “worst ever hunger crisis,” the nation is at a tipping point.

Yet Zimbabwe boasts one of Africa’s highest literacy rates, it has abundant natural resources and was once known as the breadbasket of the continent.

It has the potential to be an economic powerhouse. But this will only happen with political stability. After the ousting of Robert Mugabe, Zimbabwe’s longtime dictator, in November 2017, new President Emmerson Mnangagwa embarked on a campaign of international re-engagement to revitalise the economy and reform the political system after decades of misrule. He said Zimbabwe was “open for business” and called for international investment.

But he has so far fallen short. Our take as international investors is that it is still too early to invest in Zimbabwe in the absence of a credible and speedy commitment to both political and economic reform. Such reforms, advocated by the United States and others, would allow Zimbabwe to access international financing and attract foreign investment.

US sanctions policy, under the Zimbabwe Democracy and Economic Recovery Act (Zidera), prevents the country from accessing international finance without certification by the US President that the country has met a series of political and economic conditions.

These include, among others, strengthening human rights, the rule of law and property rights, and enacting a series of economic reforms. A little over a year after Zimbabwe’s election and almost two years since the announcement of the so-called “new dispensation”, most of these reforms have not been implemented.

The Finance minister and his team deserve credit for implementing a tough austerity programme after years of economic mismanagement and wasteful spending. But government insiders continue to stonewall reform efforts and currency devaluation has seen the purchasing power of ordinary Zimbabweans fall almost to a tenth of what it was, thanks to rising prices of food and fuel.

Inflation is at its highest level since 2009. The economic fundamentals were not in place for the government’s ban on the use of foreign currencies, including the US dollar, in late June. More worryingly, very little progress has been made on Zimbabwe’s political agenda.

Despite some movement towards repealing the Public Order and Security Act (Posa) and the Access to Information and Protection of Privacy Act, two draconian pieces of legislation used by the government to curtail press freedoms and the right to protest, their replacement bills have yet to be signed into law. Some even fear that Posa’s replacement bill is just as bad as the original legislation.

Just last week, the government used the Posa to halt opposition protests in a crackdown on peaceful demonstrations planned to commemorate the anniversary of last year’s election, during which the police and military killed six opposition protesters. The government has yet to prosecute security officials involved in the violence, as recommended by the Motlanthe Commission, set up to investigate the post-election violence. Political stability is critical for international investment.

The country’s nascent moves towards economic reform will be for nothing without a credible commitment to political reform. The international community is frustrated with the pace of reform and will continue to block Zimbabwe’s efforts to access foreign finance if the political reforms laid out in Zidera are not carried out.

To put this right, Mnangagwa should immediately work with his allies in parliament to overhaul Zimbabwe’s repressive political system. Genuine efforts must be taken to make State institutions, including the military, judiciary and reserve bank, independent and non-partisan.

A good start would be to stop the crackdown on legitimate protest, align the country’s laws with the 2013 constitution, strengthen property rights and hold accountable those responsible for last year’s election violence and ongoing abuses. These efforts would signal to Zimbabweans and the international community that Zimbabwe is serious about reform and wants to be readmitted to the community of nations.

Such a credible and speedy commitment could help the country unlock debt relief and international financing to strengthen the economy. In our experience in Egypt, at the Egyptian-American Enterprise Fund (EAEF), political stability allowed the government to agree to a series of economic reforms in 2016 that led to a $12 billion loan from the IMF.

While Egypt is not perfect, this stability restored investor confidence. The same could happen in Zimbabwe, but only with strong political leadership. — Financial Times