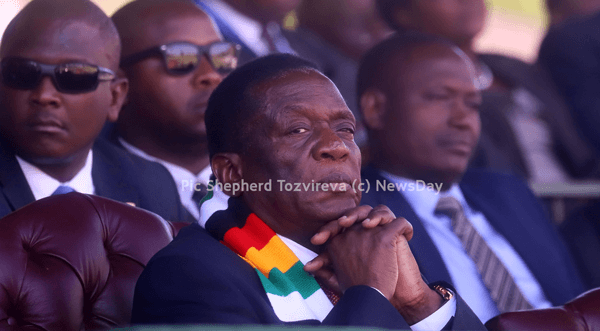 TREASURY failed to account for about US$1,03 billion it paid to Sakunda Holdings, a company owned by President Emmerson Mnangagwa’s close ally and adviser, Kudakwashe Tagwirei, under the fabled Command Agriculture programme from 2017 to date, it has emerged.

TREASURY failed to account for about US$1,03 billion it paid to Sakunda Holdings, a company owned by President Emmerson Mnangagwa’s close ally and adviser, Kudakwashe Tagwirei, under the fabled Command Agriculture programme from 2017 to date, it has emerged.

Command Agriculture is an agricultural scheme that was introduced in 2016 aimed at ensuring food self-sufficiency through supporting farmers with irrigation and farming inputs.

Sakunda was brought on board as a financier of the programme under controversial circumstances.

According to the 2017/18 Command Agriculture payment schedule provided by Treasury to Parliament’s Public Accounts Committee (PAC) yesterday, in 2017, Sakunda was given US$378,73 million and US$235,95 million last year by the Finance ministry under the Command Agriculture scheme.

Under the Presidential scheme, another similar agricultural scheme introduced to work in tandem with Command Agriculture, Sakunda received US$51,2 million in 2018.

The PAC chair and Harare East legislator, Tendai Biti, also revealed during the grilling of Treasury officials that Sakunda received a further US$360 million in January towards Command Agriculture.

When all these figures were added together, the amounts totalled nearly US$1,03 billion paid to Sakunda from 2017 to date for the ambitious agricultural schemes with no payment vouchers to show what goods and services were delivered.

Yesterday, Biti grilled the Treasury officials, led by the Finance ministry chief principal director Zvinechimwe Churu — who were summoned by PAC to explain why it failed to provide the payment vouchers.

“Where are the vouchers to say Sakunda supplied and you were entitled to pay?” Biti asked Churu.

Churu replied: “With respect to vouchers, we will talk to our colleagues in the Ministry of Agriculture … We have taken note of the requirement of the committee and we will look into that. But I think it is important to mention to the committee that the vouchers were not supposed to be given to us directly.”

However, Biti charged that since Treasury paid Sakunda directly, it should have insisted on receiving the payment vouchers as well to get proof that Sakunda delivered on the paid goods and services.

Biti then asked what was special about Sakunda to have been paid over US$1 billion, to which Churu denied such amounts were paid to Sakunda saying the payments from 2017 and last year did not add up to that amount.

Biti turned to Finance ministry budgets department director Fidelis Ngorora, who was part of the Treasury officials, to shed light on the matter.

“Where are the vouchers?” Biti asked.

“This is an issue which is emerging and, as Mr Churu said, we will be looking for them,” Ngorora said.

Mnangagwa was the architect of the Command Agriculture programme during his tenure as Vice-President.

Meanwhile, during the debate, it was revealed that Treasury made a payment of nearly US$375 million to fertilizer company, Fertilizers, Seed and Grain (FSG), under the Presidential Scheme, which operates under the trading name Superfert Fertilizer.

In May last year, FSG managing director Steve Morland was questioned by the Parliamentary Portfolio Committee on Agriculture on how his company got the contract to supply fertilizers and agro-chemicals, a contract worth $69 775 000 under the Presidential Scheme.

This was after legislators suspected that the company had been handpicked without going through the required tender procedures.

During the questioning, Morland revealed that FSG submitted a proposal to supply the Presidential Inputs Scheme with fertiliser to the RBZ after being identified by the central bank.

FSG is a local entity that was registered in 2010 and started as a family business. Later, FSG brought in overseas investors.

Despite the Parliamentary Portfolio Committee on Agriculture having raised a red flag over FSG, an additional US$304,41 million was paid to the fertilizer firm under the Presidential Inputs Scheme.