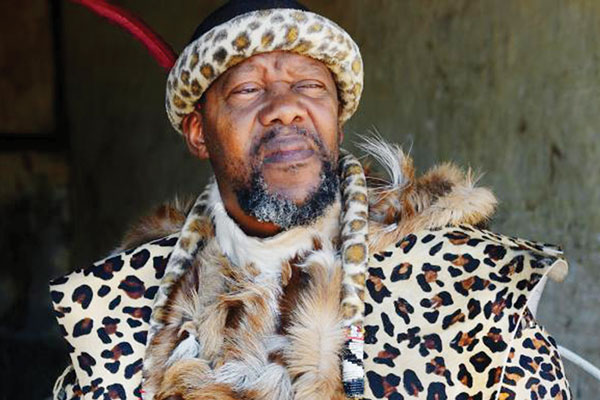 ONE of Matabeleland South’s traditional leaders, Chief Mathema, has said he smells a political hand in the recent incarceration of the outspoken Ntabazinduna chief, Felix Nhlanhlayamangwe Ndiweni.

ONE of Matabeleland South’s traditional leaders, Chief Mathema, has said he smells a political hand in the recent incarceration of the outspoken Ntabazinduna chief, Felix Nhlanhlayamangwe Ndiweni.

Mathema said the arson charge and value of the property destroyed did not warrant the harsh sentence imposed on his fellow chief.

He said if the State was not satisfied with the chief’s judgment, it should have done it properly and reversed it than incarcerate him.

Chief Ndiweni, together with 23 of his subjects, were sentenced to 24 months in prison for malicious damage to property by Bulawayo provincial magistrate Gladmore Mushowe a fortnight ago. Six months of his sentence – including those of his subjects – were suspended for five years on condition of good behaviour.

His subjects had the remaining 18 months of their sentence suspended on condition they completed 525 hours of community service at different stations in Ntabazinduna.

The chief was jailed to an effective 18 months as the court noted that his moral blameworthiness was too high as he acted “in a barbaric manner for a modern society”, since he was a custodian of the law.

The traditional leader and his subjects were accused of destroying one of his subjects, Fethi Mbele’s fence and burnt his kraal after he allegedly defied his order and took back his wife, who the chief had banished from his area of jurisdiction for adultery.

Responding to a question during a presentation at a Community Youth Development Trust-organised Matabeleland South anti-corruption indaba on Friday, Chief Mathema said he suspected a political hand behind the whole case.

“In my view, there was a political hand behind the incarceration of Chief Ndiweni. Traditional leaders derive their power from the communities they lead, culture and norms. You saw that he was arrested together with 23 of his subjects, which shows he had he support of his people who didn’t condone adultery in their community,” Chief Mathema said.

The traditional leader said the country has an appeals system which should have been used to reverse Chief Ndiweni’s judgment and made him compensate the damage than to send him to jail.

“You know, I’m from a rural set up. It now needs law gurus to consult and see what went wrong. They should have used the appeals system, up to the ConCourt (Constitutional Court), without jailing the chief. We make mistakes as traditional leaders at our courts, but there are proper ways to deal with it. Just like magistrates, they are not jailed since their judgments go for review before a High Court judge,” he said.

Chief Ndiweni and his subjects, through their lawyer Dumisani Dube, last week filed an appeal at the High Court against both their conviction and sentence.

The traditional leader has also filed for bail pending appeal. He is currently held at Khami Prison, waiting for the appeal cases to be heard at the High Court. Before his incarceration, he had been critical of President Emmerson Mnangagwa’s rule.