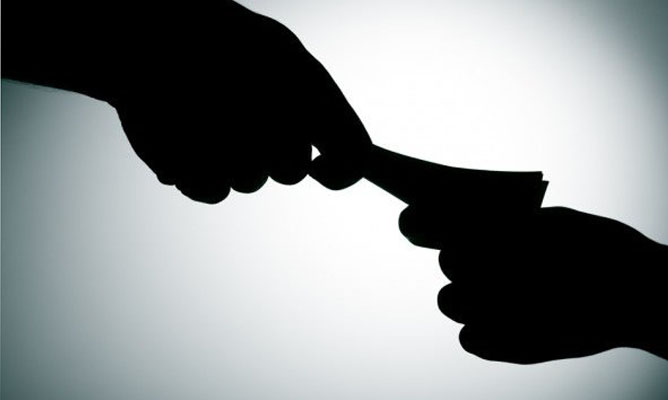 Newly-APPOINTED Zimbabwe Anti-Corruption Commission (Zacc) chair justice Loyce Matanda-Moyo has admitted that her new post will not be a stroll in the park owing to institutionalised corruption in the country as well as the soiled image of the constitutional body tasked with fighting graft.

Newly-APPOINTED Zimbabwe Anti-Corruption Commission (Zacc) chair justice Loyce Matanda-Moyo has admitted that her new post will not be a stroll in the park owing to institutionalised corruption in the country as well as the soiled image of the constitutional body tasked with fighting graft.

The new Zacc boss, however, made assurances that she would do “everything in my power” to meet the constitutional obligations of the anti-graft body. Justice Matanda-Moyo, who is wife to Foreign Affairs minister Sibusiso Moyo, was sworn-in on Thursday following the disbandment of the previous commission by President Emmerson Mnangagwa as allegations of corruption raged.

Speaking at the commissioning of the anti-corruption court in Masvingo on Friday — the fourth in the country after Harare, Bulawayo and Mutare — she appealed to every Zimbabwean to help in the fight against corruption if the war is to be won.

“The indictment in the past has been that some members of Zacc have been found with their hands deep in the cookie jar. Such a perception is fuelled where there are no tangible results to show that, indeed, the commission is living up to its mandate,” Justice Matanda-Moyo said.

“This perception, unfortunately for stakeholders, is now deeply etched in the minds of citizens such that concrete and recognisable efforts need to be made to display our commitment in fighting corruption.

“We need to vindicate ourselves in the manner in which we exercise our mandate in our different, but interconnected roles. The challenge, therefore, today not only to us, but to each player, is that justice must not only be done, but must be seen to be done. From the highest office to the lowest citizen, Zimbabwe is thirsty for justice in corruption-related matters. Integrity has to be a culture if we are to win the war against this vice.”

Speaking at the same event, the guest of honour, Justice Elizabeth Gwaunza, the Deputy Chief Justice, said corruption was so deep-rooted in Zimbabwe that a holistic and inclusive approach was needed.

“The courts on their own will not be able to root out and stem corrupt activities without active public participation. It is everyone’s duty to resist and report corruption whenever and wherever encountered. This is because corruption is so endemic that it now exists at every level of human endeavour,” she added.

“Our society is in danger of so internalising corruption that it begins to be regarded as a normal conduct. We need to set a good example for future generations.”

The Deputy Chief Justice urged the specialised courts to expeditiously deal with cases brought to them to instil public confidence in the judicial system and the fight against corruption.

According to a 2018 Human Rights Report prepared by the US Department of State, Bureau of Democracy, Human Rights and Labour, corruption remains a major problem in Zimbabwe despite government pronouncements to fight the rot.

In 2018, Zimbabwe dropped three places to rank 160 out of 180 countries on Transparency International’s corruption perception index.