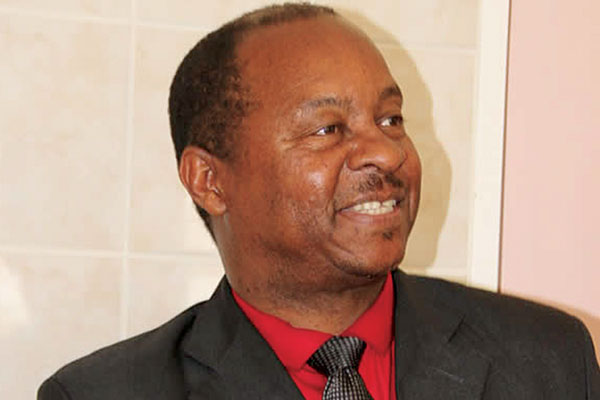 HEALTH minister Obadiah Moyo says government is now at an advanced stage in the crafting of a National Health Insurance Bill, which will provide a national health safety net to all citizens.

HEALTH minister Obadiah Moyo says government is now at an advanced stage in the crafting of a National Health Insurance Bill, which will provide a national health safety net to all citizens.

“We are going to come up with a national health insurance scheme so that each individual in the country can be covered,” he said.

Last week, the Association of Health Funders of Zimbabwe (AHFoZ) appeared before the Ruth Labode-led Parliamentary Portfolio Committee on Health, where they said the National Health Insurance Scheme (NHIS) was long overdue.

Itai Rusike, the executive director for the Community Working Group on Health (CWGH), said it was imperative for Zimbabwe to set up an NHIS.

He said the process of coming up with a viable NHIS would need to be all encompassing, with stakeholder consultations so that it is acceptable to all Zimbabweans.

Rusike said the cost of health care in Zimbabwe was one of the highest in the region and yet the facilities were sub-standard, with most public hospitals falling to pieces and demanding payments in hard currency.

He cited a patient on dialysis who has to fork out US$150 per session three times per week.

Rusike said Zimbabwe should take a leaf from countries such as Rwanda, which has an efficient NHIS, where everyone is recorded in a database, including villagers, who pay a small premium toward their health care so that patients can pay for diagnostic tests, X-ray services, drugs and other consumables.

Meanwhile, the Nurses Council of Zimbabwe was yesterday put under scrutiny on the procedures required for internationally-trained nurses to get certificates of good standing.

Presenting before the Ruth Labode -led Health Committee yesterday, NCZ chairperson Lilian Dodzo said nurses trained outside the country should undertake unpaid internship to enable the council to assess them.

“When you train outside Zimbabwe and become a qualified nurse, we do not dispute that as a council. However, having not been trained in Zimbabwe, we would want to verify whether or not one is a real nurse and also whether the type of training one has been taught suits Zimbabwe’s own standards of training,” she said.

“We would want assurance from the nursing council that the nurse has professionally worked with patients before. Because the nurse has never worked in Zimbabwe, we put them on provisional registration as a qualified nurse to ensure you have the competency required for a nurse,” she said.

Labode said this presented a problematic situation for the internationally trained nurses, as they would not be paid during the three years of testing for competency.