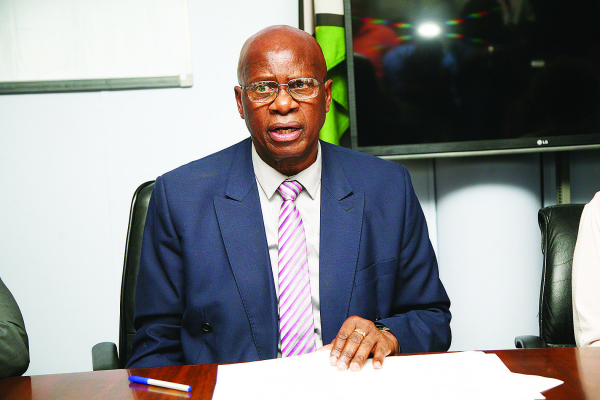 Confusion is reigning supreme in legal circles following the alleged irregular appointment of former Finance minister Patrick Chinamasa as board chairperson of struggling Air Zimbabwe by President Emmerson Mnangagwa at a time the entity is still under reconstruction.

Confusion is reigning supreme in legal circles following the alleged irregular appointment of former Finance minister Patrick Chinamasa as board chairperson of struggling Air Zimbabwe by President Emmerson Mnangagwa at a time the entity is still under reconstruction.

Transport minister Joel Biggie Matiza confirmed that the State airline was still under reconstruction by Reggie Saruchera,adding that the appointment of Chinamasa was “just in preparation for the board’s eventual take over’.

He said other board members were yet to be appointed.

Attorney-General, Prince Machaya, was of the opinion that it was not illegal to have a board while the company was still under reconstruction.

“I don’t think it is illegal to have a board when the company is under reconstruction. Anyway, talk to the Minister of Justice. He is the one in charge of that process,” said Machaya.

According to a statement by the Chief Secretary to the Office of the President and Cabinet, Misheck Sibanda, Mnangagwa appointed Chinamasa to chair the board with immediate effect, putting in doubt Matiza’s claims that the job was in preparation for the future.

“Cde Patrick Chinamasa, who is the Zanu PF secretary for finance, has served the Government of Zimbabwe in several portfolios, including that of Minister of Finance and Economic Development. His appointment is with immediate effect,” Sibanda said in a statement.

Ironically, on Monday, Saruchera appeared before the Parliamentary Portfolio Committee on Transport and Infrastructure where he indicated that the assumption of the national airline’s US$387 million debt would pace up the company’s reconstruction process.

The reconstruction plan is expected to see the national airliner operate at least four planes, servicing the domestic and regional markets.

According to Kent University law lecturer, Alex Magaisa, once a company has been placed under reconstruction, the powers of the board are suspended as an administrator is appointed through the judicial process.

Management for Air Zimbabwe (Pvt) Ltd and Air Zimbabwe holdings (Pvt) Ltd, according to the notice to place the company under administration, was to be answerable to Grant Thornton Chartered Accountants, who in turn report to the permanent secretary.

Questions have been asked as to why the announcement was made first at a Zanu PF politburo Press conference when the appointment was supposed to come from government. The Statement by Chief Secretary to the President and Cabinet only came hours after the Zanu PF spokesperson, Simon Khaya Moyo, had already announced Chinamasa’s appointment.

In October last year, Justice minister, Ziyambi Ziyambi placed troubled Hwange Colliery Company under the administration of Bekithemba Moyo, a co-founder and director of DBF Capital partners, effectively ending the tenure of the Juliana Muskwe-led board.